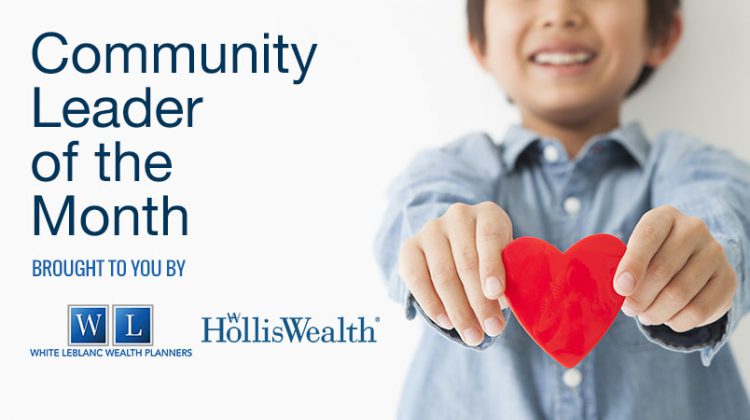 Community Leader of the Month

The White LeBlanc Wealth Planners/HollisWealth Community Leader is someone we recognize each month for the great things they do for Nelson and its surrounding communities! Each month we scour to find this special person to recognize as our Community Leader and try as we might, we may not know of all the amazing people here in the Kootenays and their tremendous community acts!

Help us out by nominating someone you think should be the Community Leader of the Month, and if we choose your nomination, we will reward this person with a $100 Visa Gift Card. 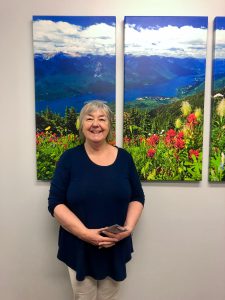 Heather is a tireless volunteer for the Taghum Community Society. She’s the face, breath, heart, and feet of Taghum Hall. She envisions community events, inspires others to help, draws people together, and executes exciting public events year-round. She volunteers long days each week to thankless hall administrative tasks and endless organizing requirements. She has been instrumental in the vibrancy of the Taghum Hall community. Heather inspires other volunteers to give back as well. She’s a keen partner to work with, highly optimistic, upbeat and always inclusive. Heather brings out the best in others and in our community. She’s a real community gem, and so deserves to be honored. 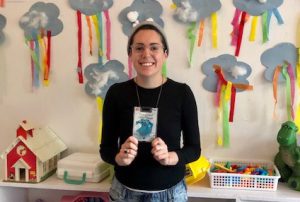 Renee launched the “Hair for Clean Air” campaign where she shaved her head to raise $1, 500 to purchase new air purifiers for The Children’s World Day Care Centre. On top of the money raised, Renee donated her hair to Locks of Love, a non-profit charity organization that makes wigs for children in need due to medical conditions that have caused them to permanently lose their hair. Renee was happy to be able to teach the children all about the power of giving and to be able to donate something to someone when they were so grateful for people donating to them. Renee is the epitome of what The Community Leader is all about and we thank her for what she does within the Community. 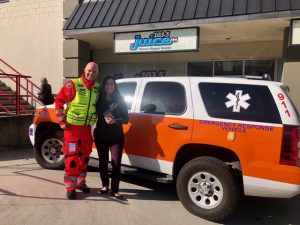 Dr. Nick Sparrow has a full-time job as an emergency doctor at the Kootenay Lake Hospital, but he still volunteers his time assisting emergency services. He’s spent the last 5 years volunteering his time, his own gear and his own vehicle up until recently with the purchase of the new KERPA (Kootenay Emergency Response Physicians Association) vehicle. Dr. Nick Sparrow gives his time effortlessly as the accidents that he is called out for are life and death situations. On top of this, he’s happily married to his wife and is also very involved raising his 6 young children. Dr. Sparrow also helps out the Shambhala medical team every summer. Dr. Sparrow hopes that the KERPA program will eventually become a nationwide program as he has seen first hand the benefits of having a doctor on site in these critical situations. 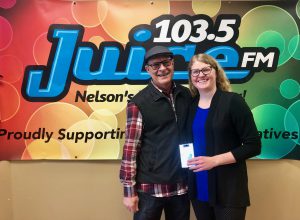 Paul Major was in charge of organizing all of the volunteers to maintain the Lions Park outdoor ice rink. In addition to doing a great deal of the regular flooding, he gave himself the task of flooding the rink in the middle of the night; as sometimes the rink was flooded up to 3 times/day. The enjoyment of the rink was clear, as there was hardly a time when the rink wasn’t being skated on, from morning, until the lights were turned off at 10pm. Paul’s organization of volunteers, as well his own commitment to rink maintenance, meant that so many could enjoy an incredible season of outdoor skating and fun.

Amy Villeneuve has volunteered with the Nelson Community Food Centre for more than a year. Though she has settled in the reception area of our Good Food Bank, she has taken on other roles as well. Amy always comes to the Food Centre with a great attitude and applies herself to the task at hand. Her way with our program participants is always welcoming, and she gets along very well with staff and other volunteers. It’s clear that Amy believes people have a right to access healthy food and we are thankful to have her with us. Congratulations on the award, Amy! 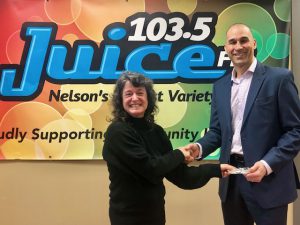