Documentary at the Civic looks at Trans Mountain Pipeline 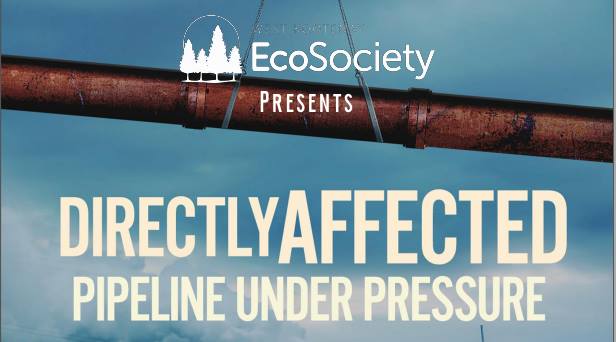 A documentary showing some of the impacts from the Trans Mountain Pipeline is coming to the Civic Theatre on Monday.  It’s a film by Vancouver’s Zack Embree called Directly Affected: Pipeline Under Pressure. The West Kootenay Eco Society is one of the presenters. Community Engagement Coordinator Erin Thompson says it looks at the nation impact of the pipeline.

General Admission is $15 and $10 for West Kootenay Eco Society members. It starts at 7:00pm.

Thompson says Monday’s rally in Nelson brought out over 100 people in opposition to the Trans Mountain Pipeline.  She says across the country there were also demonstrations at over 100 MP offices.