The Suitcase & the Jar book launch in Nelson 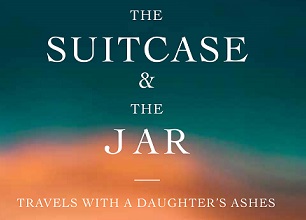 Nelson resident Becky Livingston is launching her first book tomorrow, The Suitcase & the Jar: Travels with a Daughter’s Ashes. Livingston explains the story behind her writing, which was inspired by her daughter’s love of travel.

“My daughter died when she was 23 of a brain tumor and in her final days her dad asked how about your mom and I take your ashes whenever we go travelling and she nodded yes, so that was the kind of permission I think I needed.”

Livingston says 18 months later she quit her job and went on a 26 month journey to India, Italy, Switzerland, and Australia just to name a few of her destinations.

The author says it’s been an exiting and overwhelming time, as many people have been reaching out to her about the story and how she chose to find solace after her daughter’s passing. “It just seemed like another way to sort of keep her close, it was just a different form. One was moving around the world and the other was writing this book.”

Anyone interested in attending the launch can head to the Nelson Public Library this Thursday, September 20 at 7:00pm.