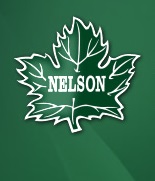 The Nelson Leafs Recycling Centre is hoping to accept household hazardous waste in future, but they need to look at how to mitigate the risk of flooding from the nearby creek first.

The decision was recently reviewed by city council but some concern was raised. Vice President with the Leafs, Jeff Wright says they will be completing a flood assessment right away.

“We just hadn’t addressed that in our plan. It was just some oversight on our part. We’re going to take care of that and then hopefully it will go back before council next month.”

The program would be available to residents within a certain catchment area any hours that the centre is open. Wright explains further.

“There’ll be an attendant on site who’s been trained to take care of everything and they will assist people in getting [the waste] out of their cars and then putting them into a locked storage container which we hope to be able to have there. We’re waiting for final approval from the City on that point.”

He hopes to have the program up and running in the spring if all goes according to plan. The Regional District of Central Kootenay has agreed to fund the service for a period of three years with opportunity for an extension.

For more information on the Leafs Recycling Centre, click here.