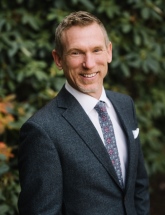 The issue of logging around Cottonwood Lake Park will be brought to the Nelson City Council table. Over $40,000 to help purchase the lands has already been raised on the Go Fund Me Page. Councillor Rik Logtenberg feels council have a role to play to help the efforts and introduced a Notice of Motion this week.

“At this point, it’s to support them with a letter of endorsement and to say we support them, which goes a long when you’re writing grant applications. You need to have support from the City that’s affected and then in general a statement to the society that we’re with them.”

The Cottonwood Lake Preservation Society is still in the process of forming, but is on their way to raising $50,000 in total to help with the purchase.  Councillor Logtenberg describes the campaign’s momentum as a “statement” from the community.

He explains more about what his Notice of Motion will bring to the council table. “What we’ll be discussing specifically will be Cottonwood Lake, the issues around Cottonwood Lake and the logging there and the group that’s formed, the Cottonwood Lake Preservation Society, and the work that they’ve been doing.”

You can learn more about the campaign here.

Tam; This is not a sprint, it’s a marathon

Canada Day to be Celebrated Virtually This Year