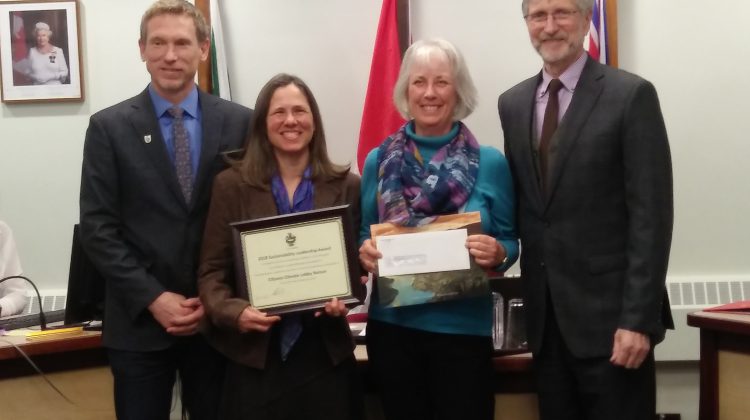 The local chapter of a group pushing for action to curb climate change has been recognized by the City of Nelson with one of four sustainability leadership awards.

Citizens Climate Lobby was presented with the award tonight.

“It’s an honour to be acknowledged and also really wonderful to see how much our local chapter has blossomed in the last few years,” said co-leader Laura Sacks, who accepted the award on behalf of the group.

Sacks says while urging governments to take action on climate can be daunting, there is reason for optimism: “It’s frustrating how slow things are going, but I do feel like we are making progress.”

She also says that simply approaching elected representatives with respect can go a long way.

“I find that it opens a lot of doors, where instead of calling names and increasing polarization, we’ve been able to have a lot of conversations with people from multiple parties and really some good conversations.”

Each award comes with a $1,150 prize. The awards are now in their fifth year.