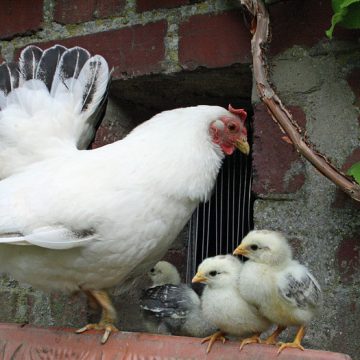 The push for a bylaw allowing backyard chickens in Nelson continues.

Anne Simonen presented to City Council recently to get the egg rolling and has since been asking residents how they feel about the issue through a survey which received 180 responses.

It’s not the first time the issue has been brought to council. There were attempts in 2009 as well, but nothing has some to fruition. Simonen has heard from city staff that it’s hovering somewhere in the centre of the city’s priority list currently.

“I was told that the hens are not at the bottom of the list, but not at the top either, which makes sense. There are a lot of big issues in Nelson that I also agree as probably bigger than backyard hens,” said Simonen.

Another community in the West Kootenays has already figured out a way to adopt urban hens without a specific bylaw. Town of Rossland leans on the existing wildlife attractant and good neighbour bylaws.

Simonen explained “If they don’t look after their coop or have a rooster that’s noisy and they attract bears because they’re not putting away their food at night, those are different ways Rossland addresses people that have chickens. But there’s nothing actually saying you’re allowed to have chickens, that you can only have so many and your coop has to look like this. They just kind of take it on a complaint based system.”

As for complaints, the majority often stem from preexisting neighbour feuds, rather than the chickens themselves, according to Simonen.