City of Nelson will spend one million dollars on new streetlights 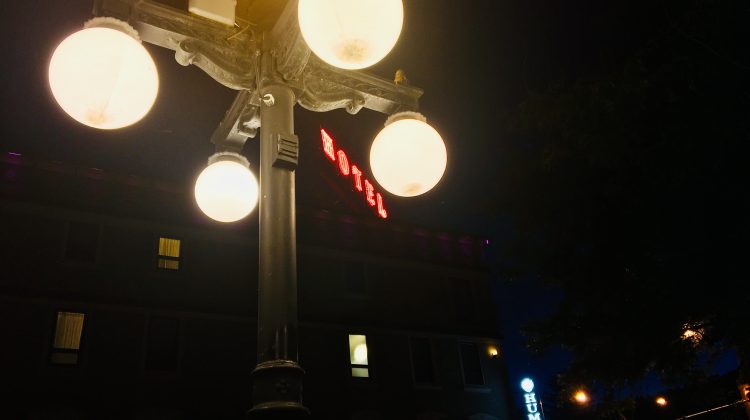 The current streetlights in Nelson have been in use for over 30 years, and several are in bad shape. (Photo: Ludvig Drevfjall, My Nelson Now)

NELSON, B.C – A million dollar decision was made on Monday night as Nelson City Council put the stamp of approval on buying and installing 85 new streetlights.
Replacing the aging streetlights has been on the city’s radar for a long time, as they are over 30 years old and several of them are in a state of disrepair, according to councillor Cal Renwick.
“The steetlights are that bad, that is why we have to make a move on it now”, he told My Nelson Now shortly after the decision was made”.

The model that will replace the previous lamp posts is called “Ancestra” and is priced at $6,500 per unit.
The City of Nelson will be purchasing 85 of them for a total of $522,500.
On top of that comes costs associated with the installation.
The model lays in the mid-tier of the suggested streetlights, and was suggested after Nelson Hydro and Public works put out a survey asking residents for input via an online form.
Just over 500 participated, and a majority supported the Ancestra-model.

Councillor Cal Renwick considers the price tag worth it.
“That is the cost of doing business and updating streetlights. There were options that were both less and more expensive, so we took the middle road”, Renwick says.