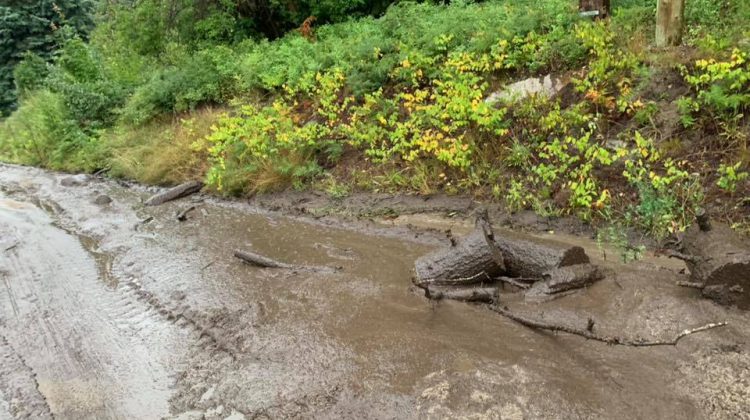 Properties in the Morley Creek area north of Nelson have been put on Evacuation Alert due to a debris flood.

The Regional District of Central Kootenay (RDCK) issued the Alert in a media release on August 11 affecting roughly 30 properties at 10 Mile, between Sitkum Creek and Kokanee Creek. An Emergency Operations Centre (EOC) has been activated by the RDCK in response to the event.

“This Evacuation Alert has been issued as a precaution for properties in the area due to the risk of further debris movement,” said Chris Johnson, the EOC Director.

“We are working closely with the Ministry of Forests, Lands, Natural Resource Operation and the Ministry of Transportation and Infrastructure to assess the situation, so we have a better understanding of any risks of additional events or impacts.”

Affected homeowners are being notified by local authorities according to the RDCK. An area of Highway 3A has been affected by the debris flood, as well as other access roads. Flaggers are also on site for traffic control.

An Evacuation Alert is a warning about potential imminent threat to life and property, and is a precautionary measure. It is meant to give residents time to prepare in case they need to evacuate. 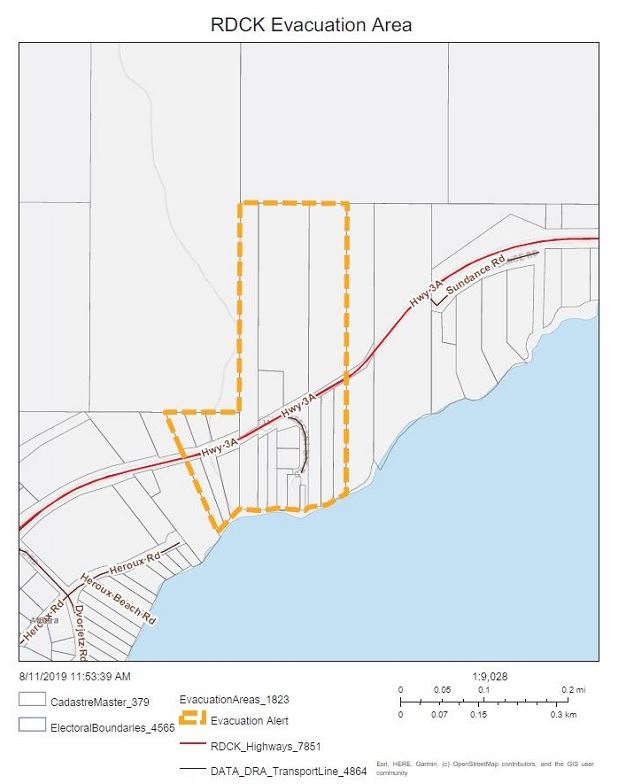