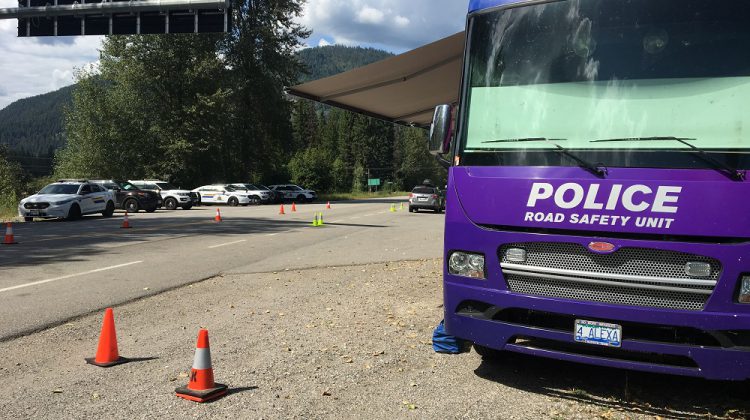 SALMO, B.C – Traffic enforcement in the region say they took 27 impaired drivers off the road in relation to Shambhala.

According to numbers released Wednesday afternoon, the majority  of the impaired drivers, 17, were found to have been under the influence of drugs while the remaining 10 had been drinking.

The numbers come days after a 4-year old girl was killed in a head-on collision outside Creston when the RV that was transporting her and her family collided with a Saturn SUV.
The driver of that vehicle, a local 26-year old man also died in the collision.
Police say they believe he was travelling home from Shambhala, and evidence found at the scene led police to state that the driver might have been impaired.

Police also say they recorded over 100 speeding violations; 26 of which are classified as excessive, meaning the driver drove 40 kilometres or more above the speed limit.
On Monday and Tuesday alone, police recorded closer to 300 other violations, including uninsured vehicles and drivers without a license.