Police officer wounded in lengthy standoff with suspect in Argenta 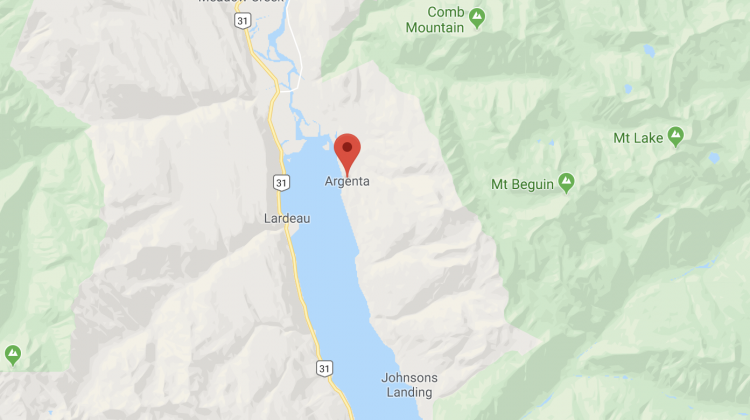 One police officer was shot during a situation in Argenta. (Photo: Google Maps)

ARGENTA, B.C. – One police officer is in hospital with serious, but non-life threatening injuries after a lengthy standoff with a suspect at a remote cabin in Argenta.

The events began unfolding at 7 P.M Thursday as officers from RCMP approached a man who had a warrant for his arrest.
According to police, the man evaded officers and fled into a nearby cabin, where he barricaded himself.
Shots were fired during the incident, leaving one officer with serious, but non life-threatening injuries.
He is currently in care at a local hospital.

The suspect, a 28-year old man surrendered during Friday afternoon after what police describe as “exhaustive negotiations”.
RCMP have dispatched heavy resources, including tactical troops and investigators from across the province to aid in the investigation.

According to police, no charges have been laid