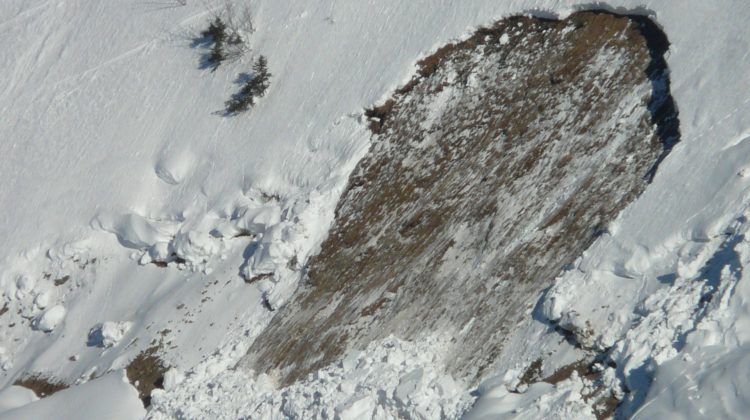 Avalanche conditions remain considerable all across the Kootenays.

A thick layer of snow covering a weak layer of what used to be hoar frost is present all over the Purcell, South Columbia and Kootneay-Boundary mountain ranges. This crystalline frost makes for terrible support, making a human triggered avalanche all the more likely.

James Sloyer, Avalanche Canada program supervisor, asks backcountry enthusiasts to asses their surroundings and be careful, regardless of the gear.

“The amount of force that’s applied under the snow is actually quite similar regardless of your mode of transport,” Says Sloyer. “So whether you are on skis, on a snowmobile, or on snowshoes, the surface area is similar compared to the weight of your device. Even though a snowmobile and a person is heavier than a skier, the amount of surface area is larger.”

But what does an avalanche path look like? Sloyer says some terrain is more obvious than others. A 30 degree mountain slope may have an area where trees have been cleared below. Typically, if there is unobstructed snow on a slope above or below you… you are at risk on being inside an avalanche path.

How much snow does it take to cause an avalanche capable of burying you? Sloyer says all it takes is a patch the size of a tennis court. It may not seem like much, but avalanche snow reacts differently than snow in your backyard.

“Snow has this amazing ability. Once it’s in motion, it then flows around things,” Says Sloyer. “As soon as it stops it really sets up and it’s like concrete. You have this preconceived idea that you would be able to bust yourself out quite easily. But when it actually happens, people find they can’t move a limb.”

Once you are enveloped, it’s a race against time. Granted you a have a tracking beacon and your partner has a transceiver and shovel, there is an 80 % chance of survival within 10 minutes of being dug out.  After that, the mortality rate looks grim.

If you are curious about more avalanche safety tips and tricks on how to stay alive, feel free to listen to the mostly unedited conversation between Juice FM’s Jensen Shields and Avalanche Canada program supervisor James Sloyer.