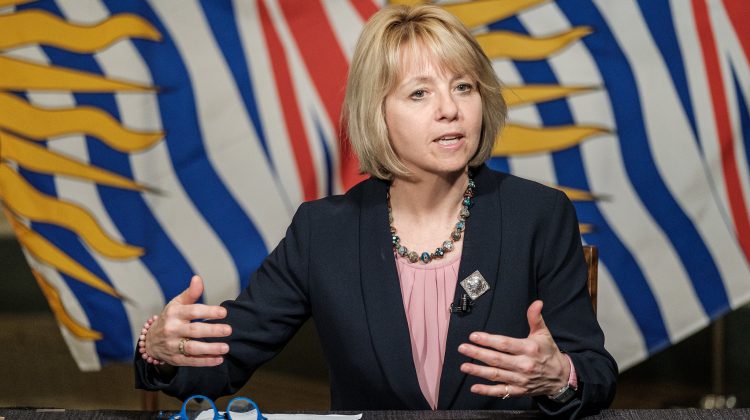 15 new COVID-19  infections have been reported on Friday, May 15th, totalling 2,407 cases across B.C., meanwhile, 1,908 people are confirmed to have recovered from the virus.

According to a joint statement from Adrian Dix, Minister of Health, and Dr. Bonnie Henry, B.C.’s provincial health officer, 359 of the total cases remain active.

No change in case numbers has been reported in the Interior Health region, keeping its total at 181.

The statement from Henry and Dix announced several more deaths that have been attributed to the virus.

“We are saddened to report five new COVID-19 related deaths, four in the Fraser Health region and one in the Vancouver Coastal Health region, for a total of 140 deaths in British Columbia. We offer our condolences to the family, friends and caregivers of these five individuals, and to everyone who has lost their loved ones,” said Henry and Dix.

Several of the new cases have appeared in an Abbotsford hospital and a food processing plant in Coquitlam.

“There has been one new acute-care outbreak at the Abbotsford Regional Hospital. In total, 15 long-term care or assisted-living facilities and five acute-care units have active cases,” said the joint statement. “There has also been one new community outbreak with two confirmed cases at the Oppenheimer Group, a fruit and vegetable processing plant in Coquitlam. The public health investigation is ongoing, active contract tracing is underway and the plant remains open at this time. Public health teams are also continuing to provide support for community outbreaks in the poultry sector, at the Mission Institution and with those connected to the Kearl Lake plant in Alberta.”

May long weekend will begin just a few days after provincial parks have opened, and public health officials encourage those wanting to enjoy the outdoors to do so without travelling far.

“We want a strong start, and to do that we need to stay local, stay apart and stay 100% committed to working together. Our provincial parks are now open for day use. Spending the day in a nearby park is a great way to stay close to home this weekend and put our safe social interaction ‘rules’ into action,” said Henry and Dix’s statement.