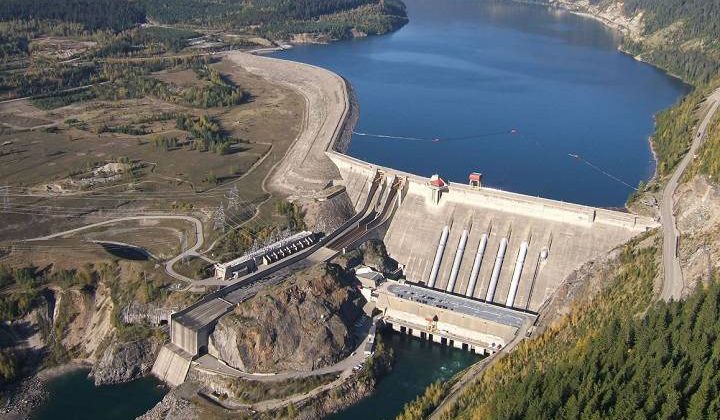 Aerial photo of the Revelstoke Dam. (Supplied by BC Hydro)

The B.C. Government has compiled a new report to reflect all of the input received from Columbia Basin communities during their round of 2019 meetings on the Columbia River Treaty.

The B.C. Government said the public meetings served two purposes. First, to update communities about the current status of the Columbia River Treaty negotiations and the current projects underway to address community interests. Second, the meetings were held to give residents a chance to meet Canada’s negotiating team, including the First Nations who were part of negotiations in 2019.

Nelson’s full community meeting is available to watch, as well as several resources.

“The document captures the presentations, feedback and discussions that took place in each community,” said the B.C. Government. “In addition to presentations by the negotiating team, each meeting had representatives from the Ktunaxa, Secwepemc and Syilx/Okanagan Nations provide details about work they are leading to address Columbia Basin ecosystem health and explore reintroducing salmon to the Upper Columbia River.”

Meanwhile, members from the Columbia River Treaty Local Governments’ Committee shared updated recommendations for a modernized treaty, which they will be submitting to both B.C. and Canada’s governments.