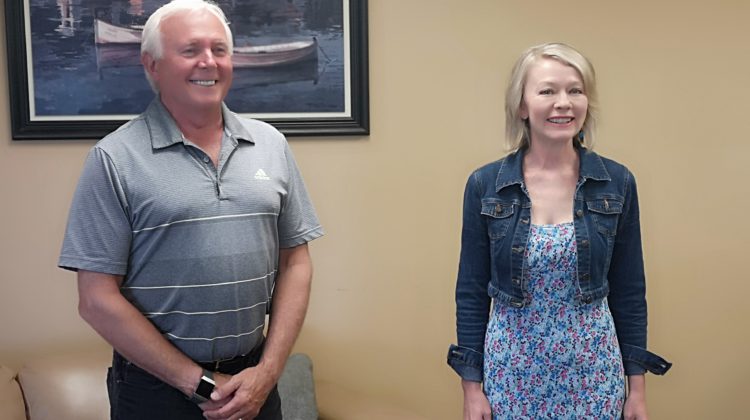 Conservative Opposition House Leader Candice Bergen paid a visit to Cranbrook on Monday and discussed several topics of concern in Canadian politics, including tourism, the economy and COVID-19.

In regards to the Federal Government’s handling of the COVID-19 pandemic, Bergen said the Liberals adopted some of the Conservative party’s suggestions.

“We’re very glad that we were able to, in a very aggressive way, push forward our ideas, whether it was the wage subsidy needing to increase from 10% to 75%, or the idea around helping students get support, but also encouraging them to head back to work,” said Bergen.

That being said, Bergen said the Conservatives feel there is a lack of accountability regarding the spending that has been done to help fight the pandemic.

“The Liberals have shortchanged the auditor general, they don’t have enough money to actually audit all of the spending, and the Liberals, together with the help of the NDP, have shut down parliament,” explained Bergen.”When you’re in a pandemic, in a crisis, Canadians more than ever need parliament sitting, they need to have everybody doing their job. The problems that are happening are going to continue and we’re probably going to see the fallout in the next months and even years.”

As well, Bergen pointed out that the Conservatives called for the shutting down flights from China early on in the pandemic, which was not implemented by the Federal Government until February 29th.

Speaking to ideas on how to get the economy back on track following the pandemic, Kootenay-Columbia MP Rob Morrison spoke of building back international trade, focus on the energy sector, and supporting small businesses.

Tourism and a major driver for the province’s economy, as it brought in $20.5-billion in 2018, according to the Tourism Industry Association of B.C. MP Morrison spoke of a strategy to help bring in some revenue for guides and outfitters in the area.

“They will bring people up to the border, contain them, bring them up to do their hunting, fly fishing or hiking, and have control of them, then bring them back to the border, but we can’t get that plan forward” explained Morrison. “This whole area is tourism-based, whether it’s from Alberta or its international, we are starving for tourism. We need to open the borders for sure, but it has to be safe.

On top of tourism, the agriculture sector has taken a hit from travel bans as well.

“We rely on temporary foreign workers, and it’s been really challenging for a lot of our farmers, it’s hard for them to get staff, and we’re losing our crops,” said Morrison.

Bergen feels a Conservative Federal Government would have kept a closer eye on its budget to help out during the COVID-19 pandemic.