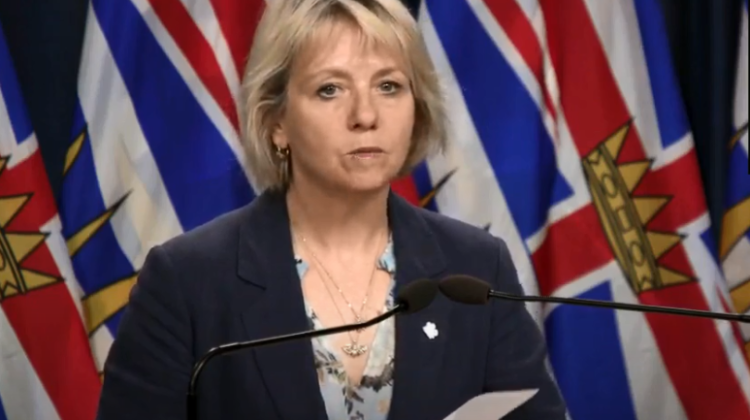 Breaking down the case numbers over the weekend, 51 new infections were reported between Friday and Saturday, 19 between Saturday and Sunday, and 32 positive test results came back between Sunday and Monday afternoon.

To date, the Interior Health region is reporting a total of 280 cases.

Henry said the number of new cases rising is concerning, but not totally unexpected.

“We’re starting to see an upward bend of our curve. This is where we want to make sure that we continue to keep our curve flat, and that we keep our contacts safe,” said Henry. “We do have a possibility of having explosive growth here in B.C. if we are not careful in how we progress over the summer.”

Henry added that the daily case numbers have remained low, and B.C. residents can still make a difference in bending the curve back down by staying safe and being cautious.

As well, Henry said no deaths have been attributed to COVID-19 over the weekend, keeping B.C.’s death toll at 189. Henry said the case fatality rate is about 6%.

“If we break that down, we know that in some situations that it’s much more dangerous and much more lethal,” said Henry. “Our case fatality rate in long-term care and assisted living is quite high. We know that about one in five people who are infected in those situations will die of COVID-19. This is one of the reasons why we have put in so much time and energy trying to protect our long-term care homes.”

Henry noted that some of the results from the provincial survey about the impacts of the pandemic have been analyzed. She spoke of its impacts on different groups of people, pointing out young people have faced unique challenges so far.

“Young people bore a greater proportion of the mental health and economic burden than adults. This may be, in part, because the pandemic impacted many of the occupations they work in. Of the people who are age 18 to 29 and not working because of COVID-19, half of them worked in arts and entertainment, half of them worked in accommodation and food services, and one on three were in the retail areas. We know that those are the areas that have been dramatically impacted by closures,” said Henry.

Henry said that policies focusing on family assistance and helping workplaces that typically employ young people should be a priority to reduce the impact of COVID-19.

Henry concluded her Monday afternoon briefing by asking British Columbians to work together to flatten the curve once again, to help the province get back on track with its recovery.