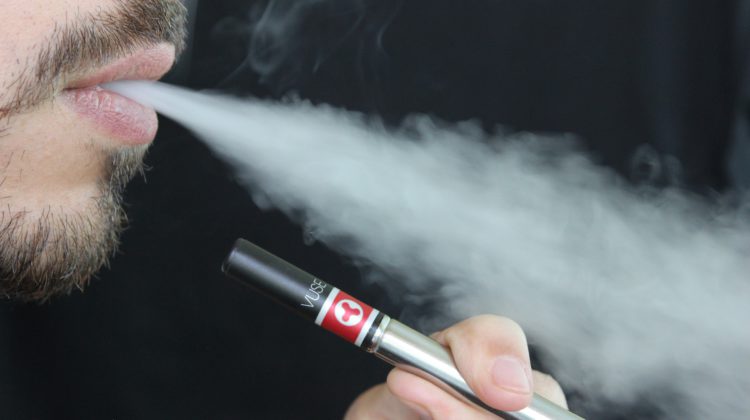 The Province’s vaping action plan, initially announced in November 2019, is coming into force by imposing a number of regulations on how vapour devices and substances are sold.

The B.C. Government said the regulations restrict the content, flavour, packaging, advertising and sale of all vaping related products.

“We heard from young people across the province that vaping companies are targeting them with a product that poses a real and serious health and addiction risks,” said Adrian Dix, Minister of Health. “That’s why we are bringing in regulations to keep vapour products away from developing lungs and to prevent nicotine addiction. We know youth are eager to get involved in this action, and I’ve seen promising work through early youth engagement to help influence their peers and stop this dangerous trend of addiction.”

The new E-Substances Regulation restricts the amount of nicotine in vapour pods and liquid to 20mg/ml, and requires retailers to stock plainly packaged products with warning labels. New vape retailers must obey the rules immediately, but existing retailers will have until September 15th to adjust to new regulations.

The B.C. Government said that product advertising in places where youth can access, hear or see advertisements, such as bus shelters or community parks, will also be banned under the new regulations. It added that sales of flavoured products, which may entice youth, are restricted to adult-only shops.

To help educate youth on the potential health risks associated with vapour products, B.C.’s ministries of Health and Education will establish a youth advisory council to create strategies aimed at reducing vaping by young people.

The province said the council will officially launch in September, but it will be established next month and monitor and evaluate the overall impact of the plan.

“Schools are the perfect place to talk with young people about the negative effects vaping can have on their health and development, so they have the knowledge they need to make decisions about the use of nicotine and tobacco,” said Rob Fleming, Minister of Education. “That’s why we worked with students and health experts to find the best ways to reach British Columbia’s youth and their families for a campaign that will go a long way in promoting healthy choices for kids.”

The Provincial Government added that it will also attempt to de-normalize vaping by launching a youth-led anti-vaping social media campaign. To provide guidance for the Province’s “evaporate” campaign, Youth throughout B.C. were engaged through regional advisory tables. So far, the campaign has made more than 27 million online impressions.

QuitNow, a service aimed at helping people quit smoking, will now include support for vapers who wish to quit and has been updated to include new information resources for youth and provide coaching by phone or text.

B.C. has touted its youth vaping action plan as the most comprehensive plan to address youth vaping in Canada. The plan focuses on stopping youth from vaping, while ensuring it can still be used as a harm reduction tool by adults.