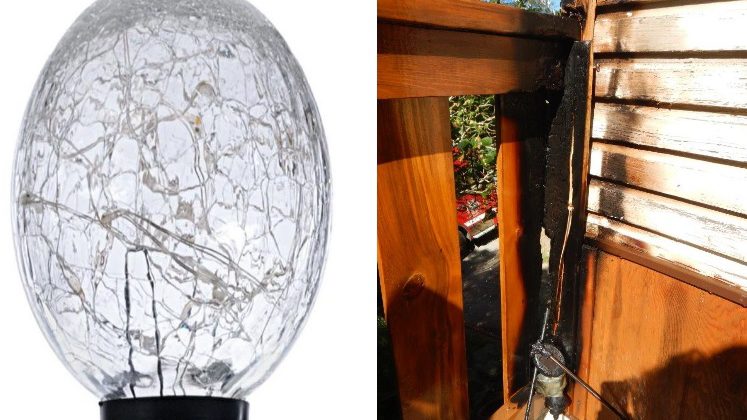 Nelson Fire & Rescue Services responded to a report of flames and smoke coming from a Fairview house on July 26, 2020.

However, it wasn’t a candle or small BBQ that started the fire, but instead, an unassuming bauble.

“It was determined that the cause of the fire was due to a decorative globe concentrating the sun’s rays onto the wooden railing, which ignited and spread to the house.”  said Assistant Fire Chief  Michael Daloise.

Both the Nelson Police Department and Nelson Fire & Rescue responded to the incident at 3:25 p.m.

The quick actions of an NPD officer helped mitigate the damage by simply using the backyard hose to extinguish the bulk of the fire which originated from the outside deck. 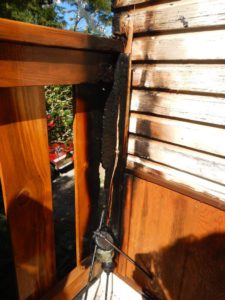 The fire originated on the deck, burning parts of the wooden railing, as well as some extension to the wooden siding and trim. (supplied by Nelson Fire & Rescue Services)

When the remaining Nelson Fire & Rescue Services crews arrived, including six which left their homes that afternoon,  they immediately checked the interior of the structure to ensure that there was no fire inside.

Pieces of the wooden siding and deck railing were later removed for safety. Nobody was injured and crews determined that the damage was estimated at $5000.

“Nelson Fire & Rescue Services would like to remind the public that glass objects, or anything else that can refract light, could magnify the sun’s rays and ignite objects such as decking and siding,” Daloise added. “This is especially important with the heat wave warning issued by Environment Canada for the upcoming week.”