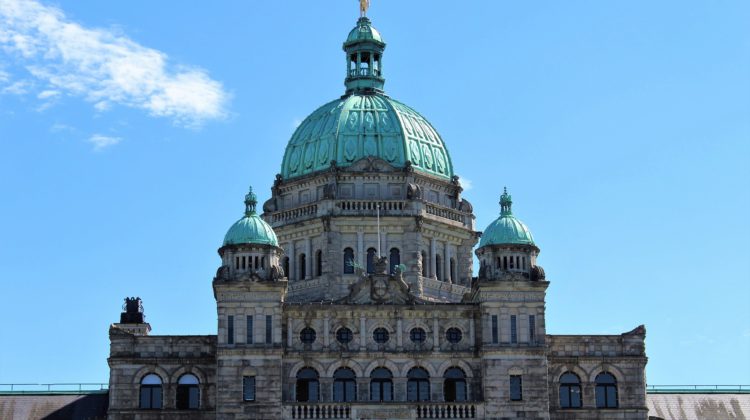 The B.C. Legislature in Victoria. (Supplied by Pixabay)

Before voters head to the polls on Saturday, MyNelsonNow.com is providing a look at how we got where we are, diving into the background and history of each local riding.

The BC NDP are looking for a majority government, the BC Liberals are hoping to unseat the NDP as the ruling government, and the BC Green Party is looking to improve their position in the legislature heading into the 2020 B.C. Election. They all hope to do that by winning local ridings in the East Kootenay, West Kootenay and Kootenay Boundary.

John Horgan called the snap election back on September 21st, effectively dissolving the legislature and bringing about a fall election one year earlier than required.

In the 2017 B.C. Election the NDP technically lost, as the Liberals won 43 seats under the leadership of Christy Clark, while the NDP won 41, and the Greens won three. It was the first time since 1952 that a majority government wasn’t elected, and the first time in Canadian politics that more than one Green Party member had been elected. Although Clark and the Liberals narrowly won the popular vote – 40.37% to the NDP’s 40.29% support – an agreement between John Horgan’s NDP  and Andrew Weaver’s Greens forced Clark and the Liberals out of power. Holding 44 seats under the agreement, John Horgan became Premier of British Columbia with the Green Party voting alongside policy decisions with the NDP.

Approaching the 2020 B.C. Election, the Liberals are looking to take back power. Since 2001, the Liberals had ruled in British Columbia. That election was a landslide victory as Gordon Campbell was named Premier, winning 77 of 79 seats. Campbell would win again in 2005 and 2009 before Clark took leadership of the Liberals in 2011, leading them to victory again in 2013 and in 2017, although they lost a confidence vote following the latest election.

For the NDP, they are hoping to emerge as a majority government in the B.C. Legislature and continue to have John Horgan run the province as Premier. Taking over as party leader in 2014 from Adrian Dix, Horgan is hoping to make gains from their 41 seats won in 2017, to the 44 needed for a majority. Before gaining power in 2017, the NDP was on a 16-year drought. Mike Harcourt gave the party power in 1991, which they retained in 1996 with a close 39-33 victory over the Liberals under the leadership of Glenn Clark.

The BC Green Party is looking to make steady progress in 2020. Winning their first seat in B.C. back in 2013, the party was the first with federal or provincial affiliation to win more than one seat back in 2017, when they won three. The party is looking to do all of that with Sonia Furstenau at the helm, a leader that was appointed just seven days before Horgan called the snap election. Furstenau was one of three Greens to win a seat in 2017, alongside Adam Olsen and then-party leader Andrew Weaver. Weaver announced he would be stepping down in 2019 and eventually resigned from caucus in mid-January to sit as an Independent until the next election was called. The party was looking to elect their next leader in June but the COVID-19 pandemic postponed their plans, leaving Furstenau to hit the ground running just days after her leadership victory.

The BC NDP have full intentions of holding on to Nelson-Creston, a riding that has strongly supported the NDP since 1971. The difficult task for the party is doing it without Michelle Mungall, who stepped down prior to the election. Mungall served as MLA since 2009, taking over for Corky Evans. Her 11-year career most recently saw her become a high-ranking Minister with the NDP, serving as Minister of Energy, Mines, and Petroleum Resources since 2017 and as Minister of Jobs, Economic Development and Competitiveness since early January. Corky Evans represented the party in the riding from 1991 to 2001, before losing to Liberal MLA Blair Suffredine, although Evans returned to win back his seat in 2005 and served one term before Mungall’s election win.

Prior to that, Lorne Dickson was the NDP MLA for the riding from 1972 to 1986. Nelson-Creston briefly went back to support the now-defunct Social Credit Party from 1986 to 1991 by electing Howard Dicks. Between 1952 and 1972, Wesley Drewett Black represented the riding for the Social Credits.

Back to the modern fight in 2020, Brittny Anderson is looking to fill Mungall’s shoes for the NDP. The Nelson City Councillor also has previous work experience as the Environmental Services Coordinator and Environmental Technologist at the RDCK.

Tanya Finley is making a push for the Liberals in the riding. Stepping down as the President of the Nelson and District Chamber of Commerce, Finley was also a Director with the BC Chamber of Commerce. In 2017, Liberal candidate Tanya Rae Wall finished third in Nelson-Creston with 5,087 votes, just 43 votes behind Green Party candidate Kim Charlesworth. Finley is looking to improve those numbers for the Liberals, who had 27.93% support, compared to 28.16% for the Greens and 42.19% for the NDP.

While Kim Charlesworth is not running for the Green Party again in 2020, long-time campaign manager Nicole Charlwood is. Serving the party in the riding for a decade, Charlwood is hoping 2017’s success can be compounded and lead to a BC Green victory.

The final candidate in Nelson-Creston is Terry Tiessen, a BC Libertarian. Tiessen is the first Libertarian to ever run in the riding. Although a new face in provincial politics, Tiessen attempted to run for the Libertarian Party of Canada in the 2019 federal election but his nomination papers were not successfully filed on time. He is one of 25 Libertarians running in 2020.

BC Green Nicole Charlwood (top left), Libertarian Terry Tiessen (top right), BC Liberal Tanya Finley (bottom left), and BC NDP Brittny Andersen are all running in the 2020 B.C. Election in Nelson-Creston. (Supplied by BC Green Party, Terry Tiessen, BC Liberal Party, and BC NDP)

The busiest and fullest list of candidates in the entire Kootenays, two independents, representatives for all three major parties, and a BC Conservative are all running in Kootenay West.

Another NDP stronghold, Kootenay West has historically voted orange. Previously known as Rossland-Trail, the NDP first won the riding in 1972. Christopher D’Arcy represented the NDP until 1991, a political career that spanned 19 years. Ed Conroy then served two terms until 2001 when Sandy Santori won for the Liberals in the newly-named riding of West Kootenay-Boundary.

2005 is when Katrine Conroy stepped onto the scene, once again winning the riding for the NDP and holding her seat as MLA for 15 consecutive years. In 2009, the riding was subsequently renamed for a third time to Kootenay West. Back in 2017, Conroy got her first appointment by John Horgan as Minister of Children and Family Development. With an election win in 2020, Conroy has a chance to become the longest-serving MLA in the riding’s history.

However, five other candidates are looking to spoil the party.

Andrew Duncan is representing the Green Party. From Rossland, Duncan has a background in Environmental Science and Physical Geography while also serving as a Search and Rescue Manager.

The Liberals are looking to Corbin Kelley as their candidate. At 19 years old, Kelley is studying Political Science and Economics at Thompson Rivers University, hoping to begin his career in politics if he wins on election night.

One of 19 Conservatives running in 2020, Glen Byle is looking to reduce the size of government and the role government plays in the lives of British Columbians. The Trail man said he’s running on a platform that promotes a healthy environment and healthy finances.

Vallican’s Ed Varney is running as one of two independents, while Rossland’s Fletcher Quince is the other.

A stronghold for the BC Liberal Party, Kootenay East has been represented by a Liberal MLA since 2001 when Bill Bennett claimed 61.85% of the votes over NDP candidate Erda Walsh. Before Bennett’s 16 years as MLA, the riding voted NDP from 1986 to 2001 and for the now-defunct Social Credit Party from 1975 to 1986.

Tom Shypitka is seeking re-election, following his victory in 2017 over NDP challenger Randal MacNair. The former Cranbrook City Councillor gathered 56.57% of the total votes to retain the riding for the Liberals.

Shypitka and the party are looking to keep power, but they have a worthy challenger in former Cranbrook Mayor Wayne Stetksi. Also the Member of Parliament (MP) for Kootenay-Columbia from 2015 to 2019 before his loss to current Conservative MP Rob Morrison, Stetski is looking to represent constituents at his third level of government with the NDP.

Fernie’s Kerri Wall is the riding’s candidate for the Green Party, a long-time Healthy Communities worker with Interior Health that has a plethora of experience with local governments. 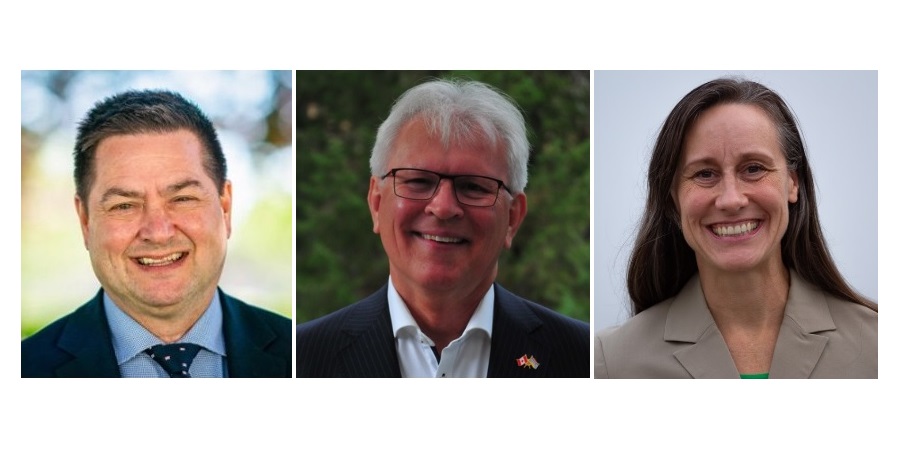 Save for one term, Boundary-Similkameen has strongly shown Liberal support since the 1960s. Voting for the defunct Social Credit Party from 1966 to 1991 when the current riding was represented by two members, the Liberals have since held power in the riding from 1996, nearly two stints of 25 years.

Jim Hewitt was the riding’s longest-serving MLA from 1975 to 1988, representing the area for 13 years with the Social Credit Party. However, voters switched to an NDP vote in 1988 where Bill Barlee served until 1996. Barlee was MLA when the riding was also represented by Social Credit MLA Ivan Messmer between 1986 and 1991. The NDP then had sole control of the riding for one term until 1996, which is when another Bill came into the political game.

In 1996, Bill Barisoff took the riding back to Liberal supporters, serving for one term. John Slater won for the Liberals in 2009, before Linda Larson won her first election in 2013 and presently served until the election was called by John Horgan and the NDP.

Petra Veintimilla, a Town Councillor in Oliver is now looking to step up for the Liberals in the riding. Veintimilla is following in Larson’s footsteps, as the incumbent MLA was formerly a Councillor and Mayor in Oliver before pursuing provincial politics.

The NDP are turning to Roly Russell to try and shake up the riding, potentially taking a seat away from the Liberals. The prominent public figure is an elected member of the RDKB Board of Directors for Rural Grand Forks. Russell is also the President of the Association of Kootenay Boundary Local Governments (AKBLG) and has taken a leave of absence to run in the election.

While Boundary-Similkameen does not have a Green candidate, Darryl Seres is running in the riding for the Conservatives. From Osoyoos, Seres has previous experience in the non-profit sector, and is on the Board of Directors for the Conservative Party of BC.

The final candidate in the riding is Arlyn Greig. One of only two candidates running for Wexit BC in the province, Greig and Peace River South candidate Dorothy Sharon Smith are the first in the party’s history. Forming less than a year ago, the party would wish for B.C. and the western provinces and territories to separate from Canada. Greig is from Osoyoos.

The political battle in Columbia River-Revelstoke looks very similar to the one fought in 2017.

Doug Clovechok was elected for the Liberals, the party’s first victory in the riding since 2001, which only lasted a single term. Securing 45.44% support, Clovechok edged out NDP candidate and former Invermere Mayor Gerry Taft by 1,372 votes last election cycle.

Columbia River-Revelstoke has historically been an NDP riding since its creation in 1991. Jim Doyle was MLA for two terms for the NDP before Wendy McMahon’s victory in 2001. The NDP took the riding back under Norm Macdonald, who would go on to serve as MLA from 2005 to his retirement in 2017.

While Taft challenged Clovechok for the seat in 2017, Samson Boyer was just of legal age when he ran for the BC Green Party. Boyer collected 1,708 total votes in 2017 (11.72%) as one of the youngest candidates that ran in all of British Columbia. Now three years older, Boyer is back representing the party in the riding and hoping to make some democratic changes if elected.

As the NDP geared up to try and retake the riding, Nicole Cherlet stepped forward as the nominee. The Revelstoke City Councillor is similarly looking to do what Tom Shypitka did for the Liberals in 2017 and make the jump from municipal to provincial politics from a City Council chair. 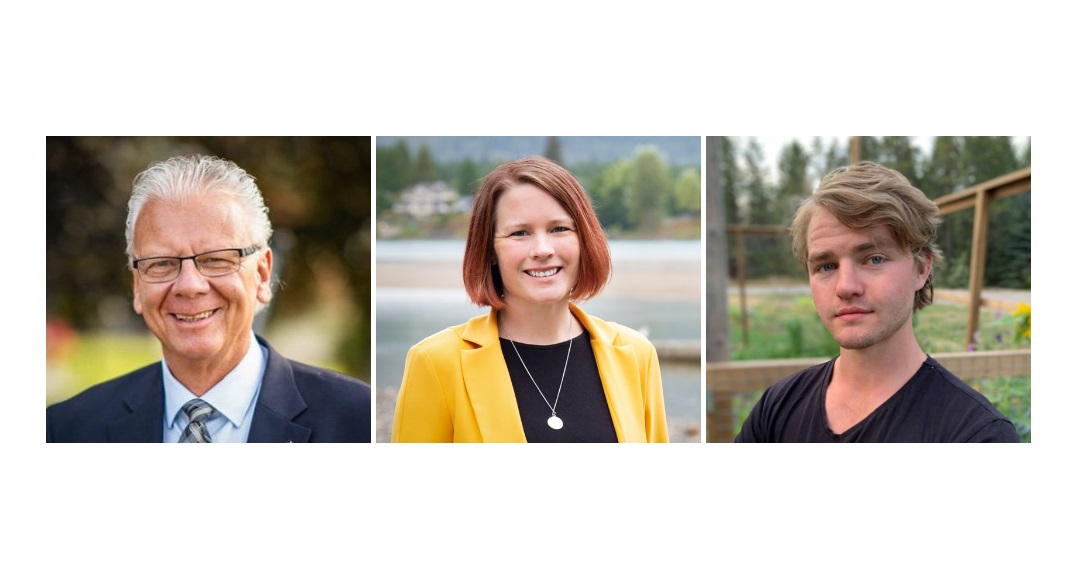