B.C. Premier calling for a “pan-Canadian approach” to travel 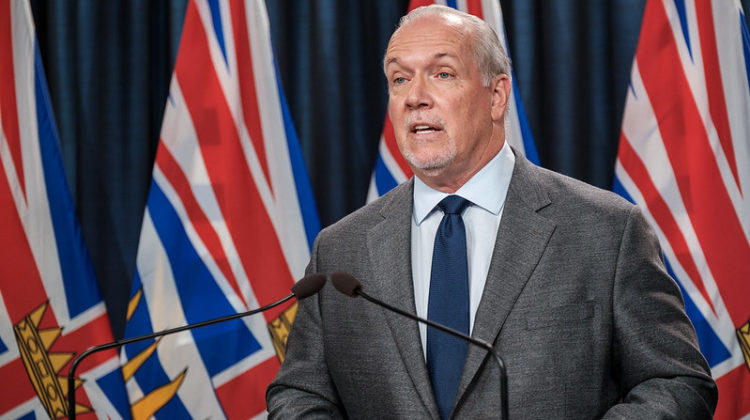 John Horgan is calling on Primer Minister Justin Trudeau to restrict all non-essential travel across Canada’s provinces and territories.

The B.C. Premier made the call Wednesday morning, saying there needs to be a national approach in order to protect people in British Columbia and across Canada.

Horgan said he is going to reach out to the Prime Minister, noting that Trudeau and all Premiers have met an “unprecedented” 27 times in the last 10 months since the pandemic began.

Horgan said it is “critically important” now that measures are taken, especially as vaccines continue to be developed.

“Vaccine breakthroughs are very encouraging and when the vaccines are ready, British Columbia will be ready but we’re not there yet. We can see the finish line, we can see some hope at the end of what has been a very very difficult tunnel, but we cannot lose our resolve now, we have to redouble our efforts to protect each other and our province going forward.”

On Wednesday, Pfizer Pharmaceuticals reported their final analysis on human trials for their COVID-19 vaccine was nearly 95% effective and without any major safety concerns. Pfizer said they would be applying to the U.S. Food and Drug Administration for an emergency authorization of the vaccine within days. Earlier this week, Moderna also reported their COVID-19 vaccine was 94.5% effective.

Horgan’s call for the pan-Canadian approach to non-essential travel follows Trudeau’s own call for all Canadians to avoid international travel at this time. Trudeau said COVID-19 infections continue across much of the world, including the southern United States, which is a popular destination for Canadian snowbirds in the winter months.

While there is a push from Horgan for a national travel strategy, all non-essential travel in B.C. “should not be happening”.

“When it comes to travel, non-essential travel is prohibited in British Columbia and it will remain that way for the next two weeks at least.”

See the full update from B.C. Premier John Horgan below: