(L to R) Janet Austin, B.C. Lieutenant Governor with David Eby, Attorney General, and Premier John Horgan as the new cabinet is sworn into service with the B.C. Government on Thursday, November 26, 2020. (Supplied by B.C. Government)

Premier John Horgan announced his new cabinet on Thursday, making some key shifts in Finance and Education as the new majority B.C. Government continues its response to the COVID-19 pandemic.

“The pandemic has turned the lives of British Columbians upside down. We have come a long way together, but we have much further to go,” said Horgan. “This skilled, diverse team is ready to continue our fight against COVID-19 and build an economic recovery that includes everyone.”

Notable changes made from the previous cabinet see Rob Fleming being moved from Education to Transportation and Infrastructure. The move comes as pressures increase from the BCTF (BC Teachers’ Federation) about the Province’s response to COVID-19 in schools.

MORE: BCTF seeks directives from the Minister of Education to fix health and safety gaps in B.C. schools

Newly elected MLA for New Westminster, Jennifer Whiteside has been chosen by Horgan as the new Minister of Education in Fleming’s place.

Another key move sees former Minister of Municipal Affairs and Housing, Selina Robinson, move in as the new Minister of Finance. The move comes after the retirement of Carole James, former leader of the BC NDP, and former Deputy Premier. In March, James announced she had been diagnosed with Parkinson’s Disease and that she wouldn’t run in the next provincial election.

Adrian Dix remains Minister of Health, David Eby continues his role as Attorney General while adding duties as the Minister for Housing. Bruce Ralston is responsible for ICBC and is now leading the newly named Minister of Energy, Mines and Low Carbon Innovation.

Horgan’s cabinet includes 20 ministers and four ministers of state, evenly balanced with 12 men and 12 women. The cabinet also has 13 parliamentary secretaries to assist the various ministries.

“I know this is a hard time for British Columbians. COVID-19 has brought challenges unlike any we’ve faced before,” added Horgan. “By putting people first, investing in hospitals and diagnostics, supporting front-line workers and by everyone doing their part to fight this virus, we will make it through, together.”

All members of the newly announced cabinet are below: 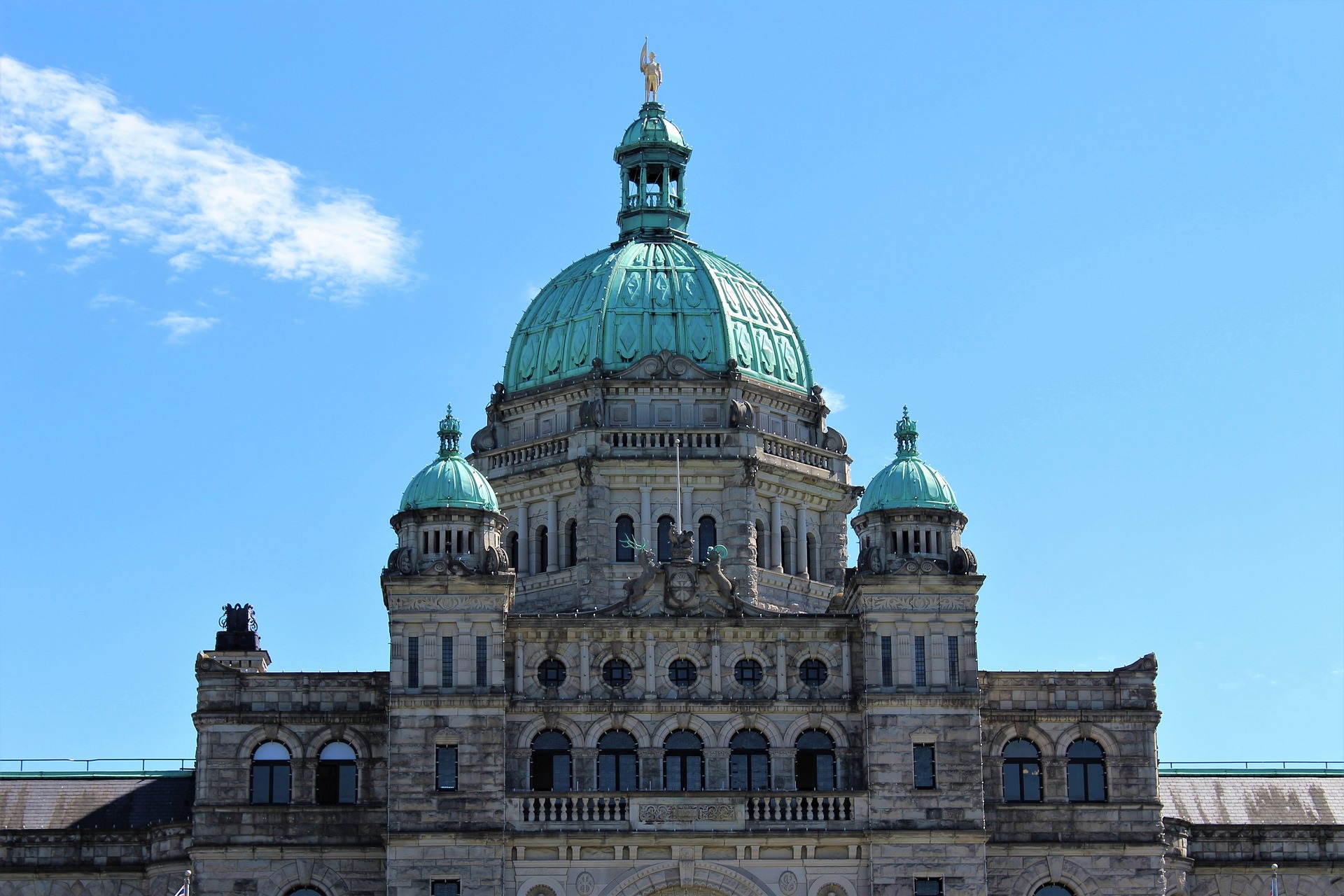 The B.C. Legislature in Victoria. (Supplied by Pixabay)