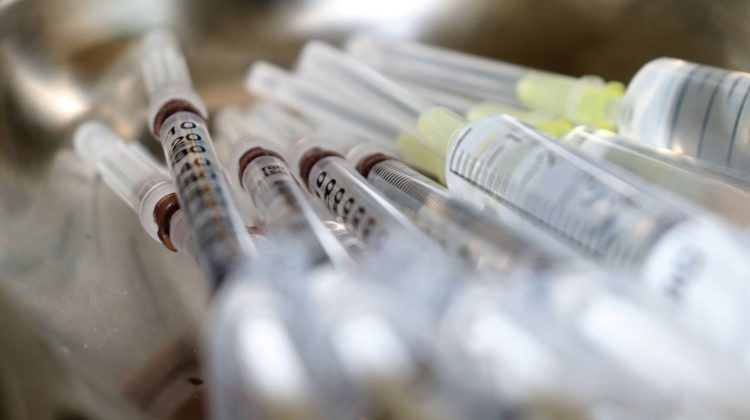 Provinces and territories administered just under 700,000 doses of COVID-19 vaccines over the last week.

As of Thursday, Dr. Njoo said over 3.4 million vaccines have been administered nation-wide, with just under 7% of Canadians receiving at least one dose. Dr. Njoo said that includes over 40% of people 80 years and older and 12% of those aged 70 to 79.

In total, by the end of March, Canada will receive 5.5-million doses of Pfizer-BioNTech’s vaccine, with over 12-million doses expected between April and June.

As for AstraZeneca, the country is set to receive over 1M doses in April and 500,000 doses in May, and Janssen is expected to deliver 10M doses in the next couple of months. 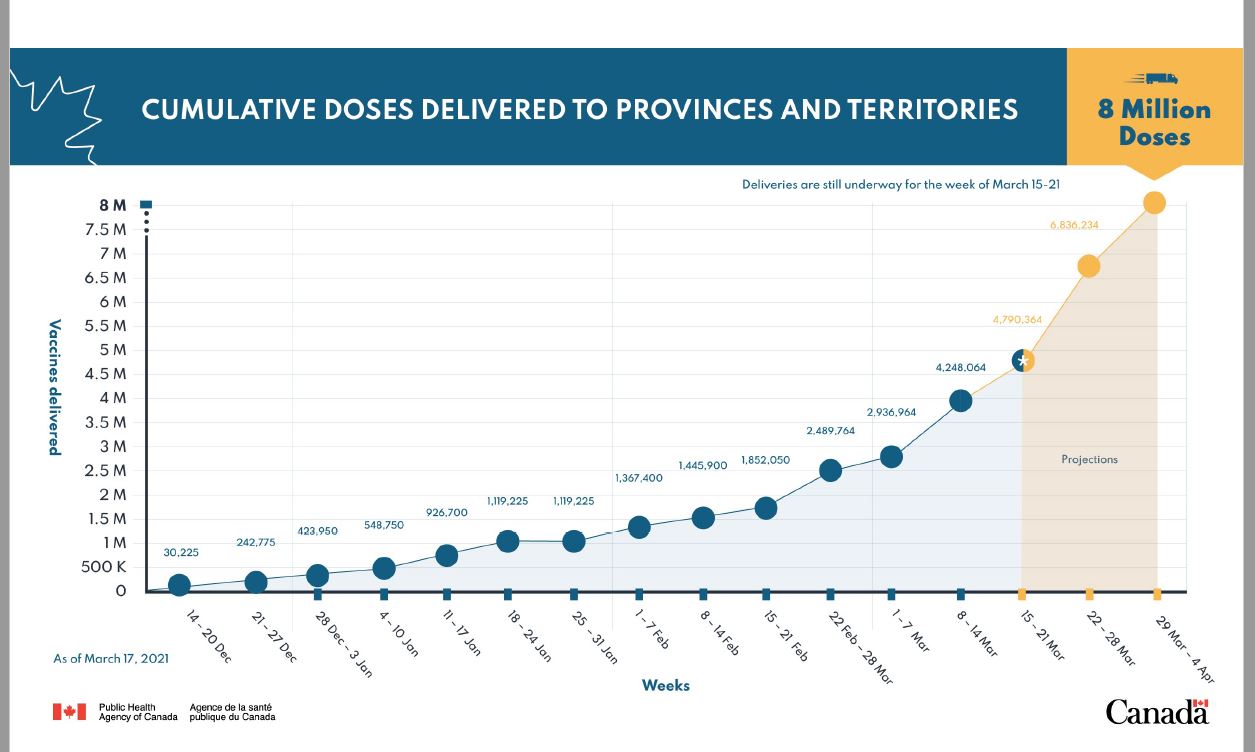