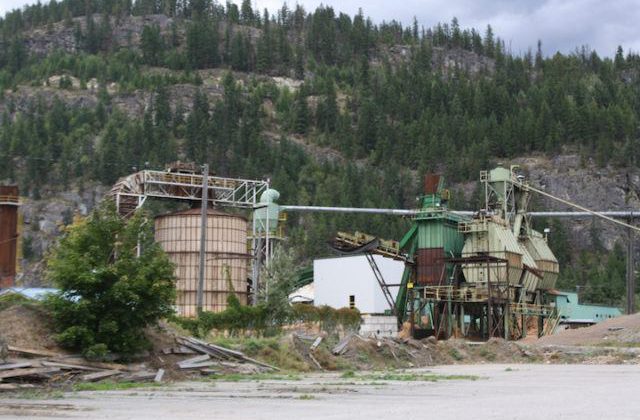 The Slocan sawmill is seen in 2014 prior to its demolition. (Photo by Greg Nesteroff)

Slocan’s mayor says the fate of the former sawmill site on the village’s waterfront will be part of two parallel processes that will roll out in 2022.

The village recently sent out a request for proposals for a consultant to update its official community plan, something last done a decade ago while the mill was still operating.

“Through this process, we are hoping to drill down and engage community to identify vision and values,” Lunn said.
The OCP review will look at the entire community. But Lunn said she also anticipates a visioning process for the mill site specifically.

The village bought the property just over a year ago for $1.5 million. It has been vacant since the mill was demolished in 2013.

Lunn said there is no timeline for developing a remediation plan for the site, but there is nothing pressing that needs to be done.

“It will likely be tied to the vision of the site,” she said. “We don’t have to do anything with it itself in the immediate future.
“Where we really need to get going is engaging with the community and looking at the best, most ideal, sustainable use of that site.”

Lunn said the village’s acquisition of the property was critical, for previous discussions about its use have only been theoretical.