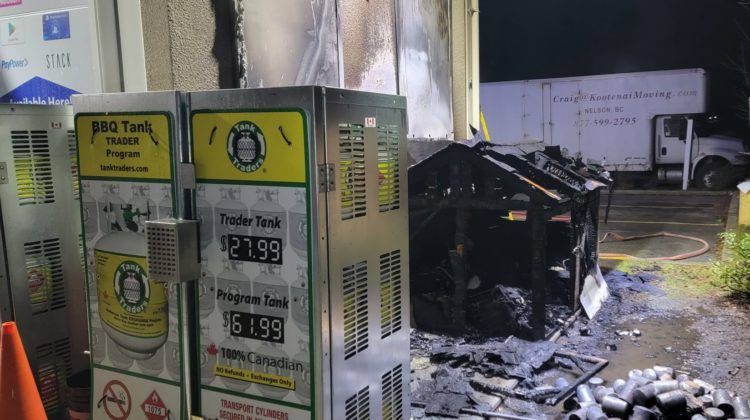 Nelson Fire and Rescue continues to look into the cause of a fire that burned a shed behind the gas bar at the Real Canadian Wholesale Club early Monday.

In a news release, Assistant Chief Jeff Hebert said six firefighters responded to the fire just before 5 a.m. They arrived to discover the shed fully engulfed in flames, which stretched toward the gas station’s canopy roof. Adjacent propane storage was also threatened by the fire.

However, crews were able to knock the fire down quickly and then spent the next two hours putting it out and investigating. There were no injuries. 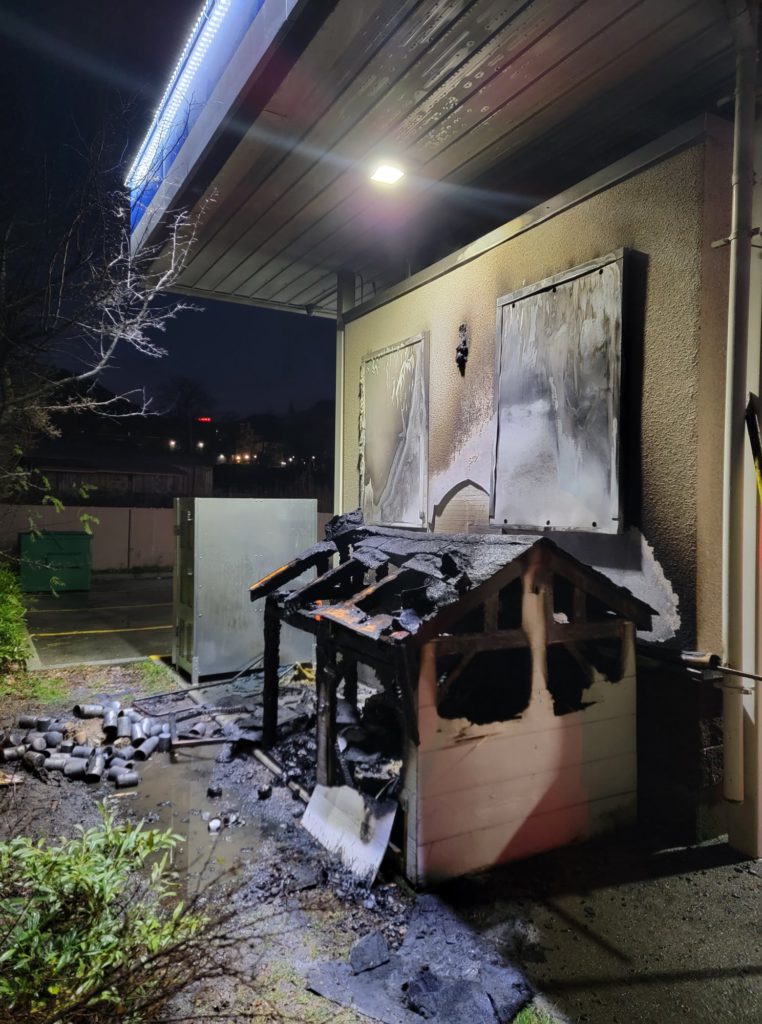 This was the aftermath of a fire at the gas bar at the Real Canadian Wholesale Club early Monday. (Submitted by Nelson Fire and Rescue)