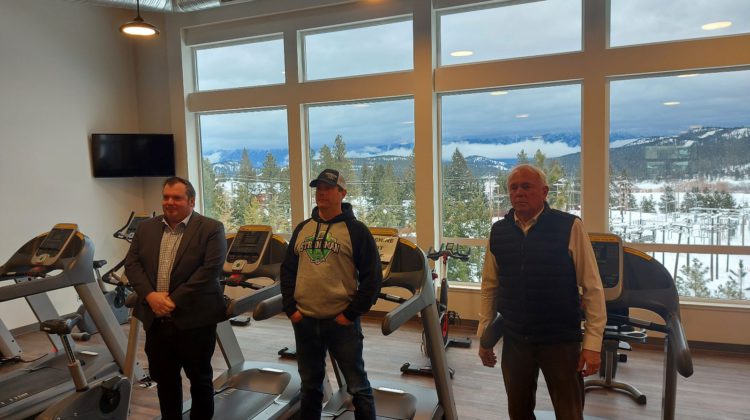 On Dec. 21, the B.C. government announced that gyms, fitness centres and dance studios must close until at least Jan. 18 to help curb surging COVID-19 cases.

However, Fitness Inc. owner Trevor Zak said this put gym owners and workers in a difficult position. The gym attempted to stay open, regardless of restrictions.

“The RCMP showed up about six separate times and that doesn’t feel good,” said Zak. “It’s like we’re criminals when we’re just trying to get people healthy and do the right thing.”

Zak feels the restrictions are unfair to his business and others that have been forced to close.

“We belong to an association known as the Fitness Industry Council of Canada, and they did a survey a couple of months ago. From gyms that participated, there were 2.7-million check-ins,” said Zak. “Of those 2.7-million check-ins, there was .0008 per cent COVID. So where are Dr. Bonnie Henry’s stats? There’s nothing to back it up.”

“We’re getting very frustrated, it seems like gyms, bars and dance studios are all kind of being picked on.”

The latest round of restrictions was not the first that impacted gyms specifically.

“We were closed for two months, in April and May of 2020. The doors opened back up and business has been great ever since. We’re just getting rolling again and Dr. Henry just shuts us down,” said Zak. “She doesn’t get the consequences of shutting us down.”

According to Zak, gyms, such as Fitness Inc., provide important benefits for customers.

“We’re an essential service for people’s mental health. We’re trying to get people better, It’s very frustrating,” said Zak. “As a gym, we have to have a capacity limit on our steam room. At the pool, there are no capacity signs on the door. Where is the fairness, where is the logic in that? Hotel gyms are open, boxing clubs are open, climbing clubs are open, so how come gyms are closed?”

Morrison echoed that statement, pointing to the impacts COVID-19 and the associated regulations have had on mental health statistics.

“It’s almost as though we’re normalizing lockdowns, when we had an opportunity, especially recently, to take care of our ICU beds so we have the capacity,” said Morrison. “The mental health, the suicide, the darkness of being stuck inside your residence, it’s got to a point where I’m asking why has our federal government not stepped up and started moving forward to increase ICU beds.”

According to Statistics Canada, COVID-19 has taken its toll on the mental health of Canadians, particularly in young people.

It should be noted that Stats Canada said evidence of COVID-19 having an impact on suicide rates is inconclusive for the time being.

Morrison suggested that federal funding should be used to increase ICU capacity to help public health better deal with the pandemic.

Zak spoke about what he would like to see from any new regulations.

“The government has to realize how important health is to people. The healthier people are, the less stress we’re going to put on the health care system,” said Zak.