Cost of Nelson snowstorm being tallied 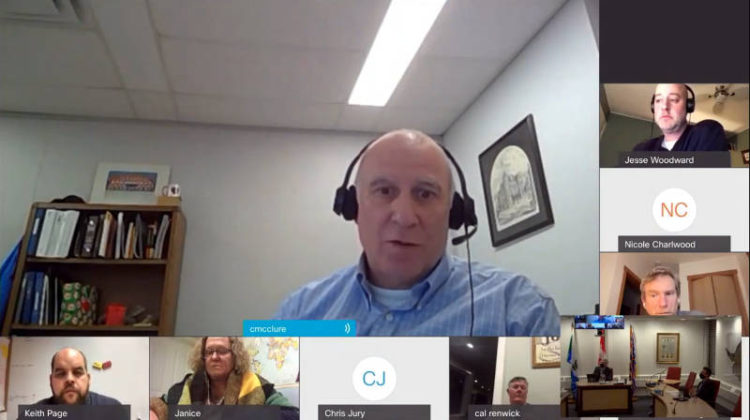 Nelson CFO Colin McClure speaks to city council on Tuesday, Jan. 11, 2022. McClure says it will be another couple of weeks before the city knows the financial outcome of the Jan. 4 snowstorm. (City of Nelson/YouTube via Vista Radio)

The City of Nelson brought in nearly a dozen additional pieces of equipment and had workers on 12-hour shifts in the days following the Jan. 4 snowstorm.

In addition, public works staff were on 12-hour shifts in the days after the dump of nearly 70 centimeters of snow to provide around-the-clock coverage.

Chief Financial Officer Colin McClure told council it will be another couple of weeks before they know the cost of this storm.

“We don’t have the invoices in yet from our contractors so that’s going to be one of those pieces that will come a little later. Per truck what kind of load cost is that going to cost us. So it’s going to take some time to get an understanding of this but it will be in a couple of weeks here we’ll get a better sense of what’s happening,” McClure said.

Coun. Rik Logtenberg questioned McClure about bag tags, saying he’s had a number of constituents ask about it considering they are “walking their garbage.”

McClure says most people have been cooperative with putting bag tags on their garbage even what dropping it off at the container on Lakeside Drive.

The CFO says people who don’t put a tag are “creating a revenue issue for us” because the City of Nelson still has to pay the tipping fee to the Regional District of Central Kootenay.

“Alpines’ (Disposal and Recycling) coming to pick that up. RDCK is going to send us a bill for all that garbage tipping fee that’s in there and so that’s going to be a cost. We’ve got less revenue and we’ve got more expenses. That just means next year I’m coming to you saying we need to increase bag tags or we’ve got to increase fees for pickup. You think you win one way but really you’re hurting us, yourself and your community.”

The city has extended the garbage bin drop off on Lakeside Drive until Jan. 22.

With the recent mild weather around the freezing mark, city crews have been shovelling out catch basins to prevent flooding.

Public works director Colin Innes told council they’ve had “good success” and have been also been sanding given the risk for ice events when the temperature is around freezing.

The city is now working on lanes and alleyways with next week being a garbage and recycling pickup week.

In response to the plan, Coun. Jesse Woodward gave Innes a thumbs-up during the virtual meeting.