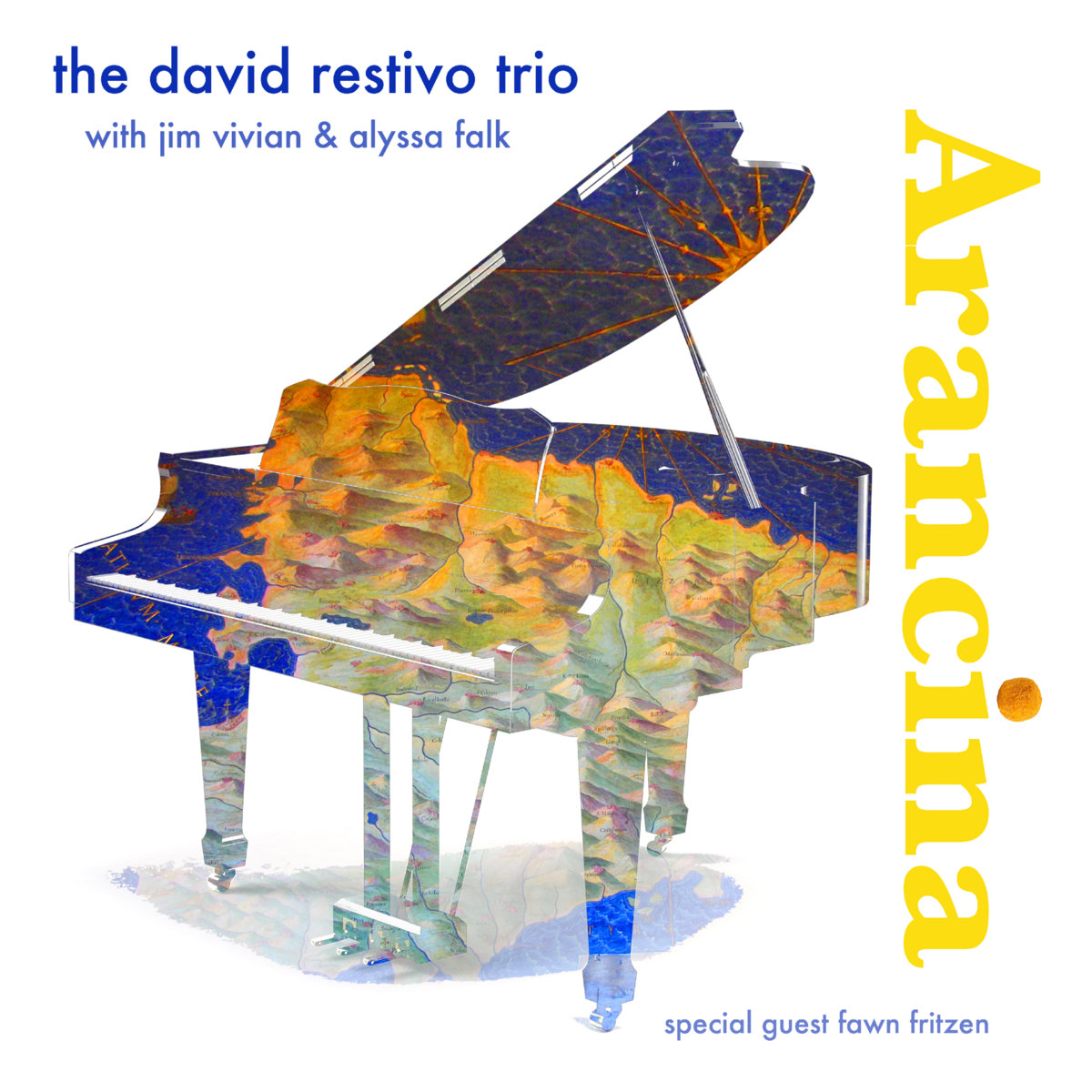 The pianist recorded Arancina in 2019 but it was not released until 2021, partly due to the pandemic. Restivo explains that the “romantic sounding title” is actually a type of Sicilian street food, specifically fried rice balls.

“A lot of the music I wrote for the album — it’s mostly original music — was inspired by a trip to Sicily,” he says. “I have some family roots there.”

Restivo is joined in his trio by Jim Vivian (bass) and Alyssa Falk (drums). Vivian and Restivo played together in Rob McConnell’s Boss Brass and the Mike Murley Quintet for many years, while Falk and Restivo met through a mutual friend in Prince Edward Island and played together for a couple of summers.

Restivo’s partner Fawn Fritzen, a Whitehorse singer, co-wrote a couple of songs and appears on them as a guest vocalist.

It’s Restivo’s third album, and one with a lot of meaning for him.

“I’ve wanted to document this particular trio for a long time,” he says. “I think we have a very special chemistry so it felt like it was a long time in the making.”

While Vivian played on Restivo’s first album, “this was the first time the three of us were able to come together and do a recording, so it felt like a special event.”

Since the recording they have not been able to perform together.

“Not at all. Some of that is pandemic related and some is geography related. Jim recently moved back to Newfoundland. Alyssa is in New York state and I’m in BC now, so we’re kind of spread out.”

As for the Juno nomination, Restivo got a head’s up from his publicist to expect it, but he got to break the news to Vivian and Falk. The three are hoping to meet up in Toronto for the awards ceremony on May 15.

“It is significant to me,” he says. “I did win a Juno before, not under my own name, but as part of the Rob McConnell Tentet in 2001. To get that recognition … I think I’ve been slogging it out as a freelance musician and composer and pianist on the scene for a long time. It’s kind of nice to get that individual recognition. It’s a good feeling to acknowledged for my work.”

In addition to Restivo’s nomination, Grand Forks-raised DJ/vocalist Jayda G has been nominated for Underground Dance Single of the Year for All I Need.