A former New Denver resident who swam for Great Britain at the 1948 summer Olympics in London has died at 94. Trevor Harrop competed in the 100-meter freestyle and finished 27th out of 41 swimmers.

At the time, he was a dental student and had to coax his reluctant dean to give him a week off to compete in the games. 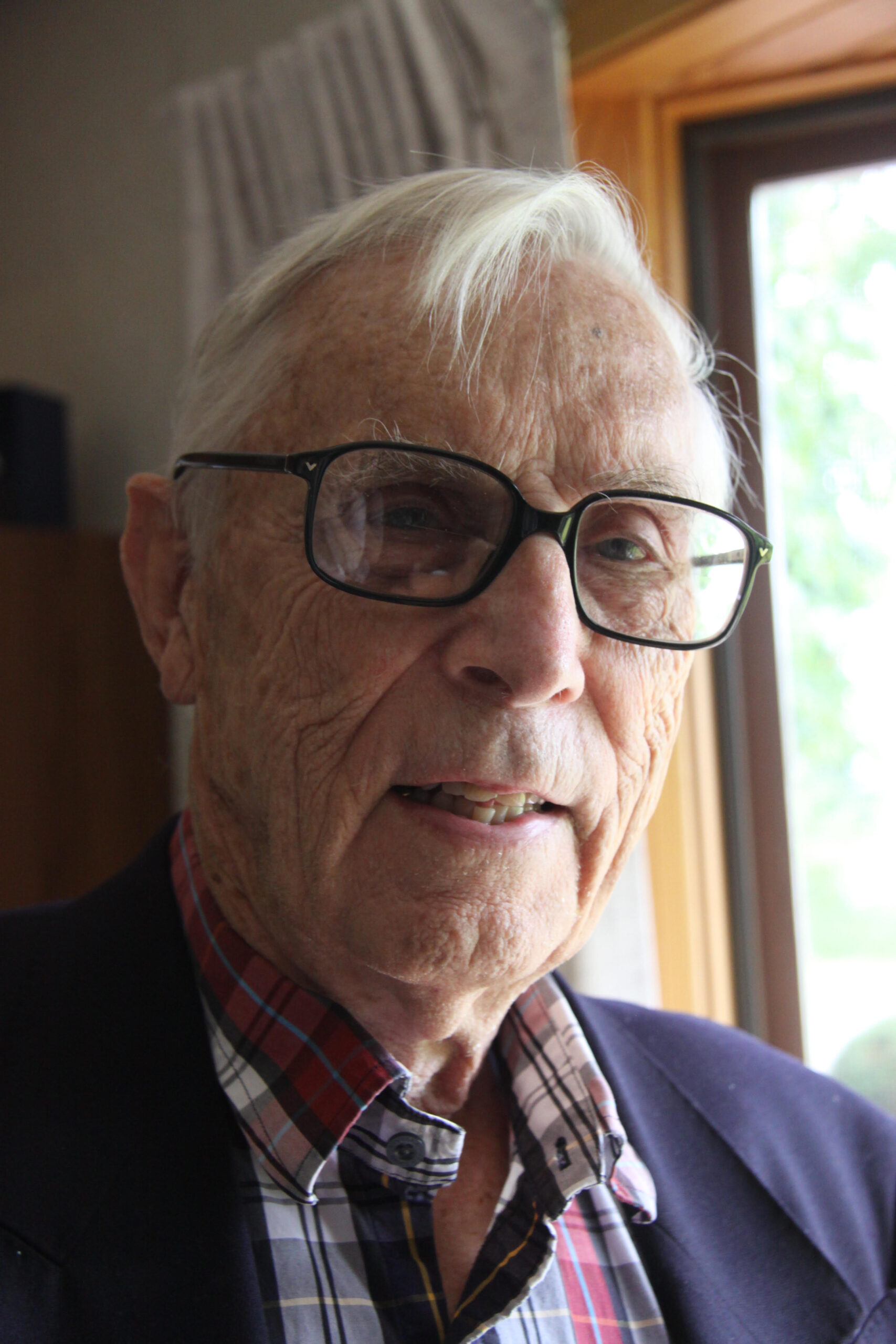 “Swimming wasn’t exactly an important part of the dental curriculum,” he recalled in a 2012 interview with the Nelson Star. “Nobody really gave a two-penny damn [about the Olympics].”

Although born in Winnipeg, Harrop’s family moved to Scotland when he was seven.

The ’48 games, coming soon after the Second World War, were extremely low-key, he said. No new venues were built, athletes had to stay in military barracks, and they were subject to food rations like everyone else.

Harrop was among seven swimmers from the town of Motherwell, near Glasgow, to make the Olympic team. His moment of glory was brief. No one was there to wish him well as he entered Empire Pool (now Wembley Arena) and the only person in the audience who cared about his performance was his future wife Sheila, who arrived at the last minute and had no trouble securing a seat.

Harrop was soon riding the train back to Glasgow.

He and Sheila immigrated to Canada in the early 1950s. He started a dental practice in New Denver before moving to Campbell River. Later he helped establish the University of BC’s dental school and taught there for 25 years. He and his wife and children continued to summer in New Denver and moved back there full-time in 1990.

Few knew of his Olympic connection until 2012, when London again hosted the games and the British Olympic Association invited him to attend, along with all other surviving athletes from 1948.

For the past few years, the Harrops lived on Salt Spring Island. Trevor died on April 9, 10 days shy of his 95th birthday.