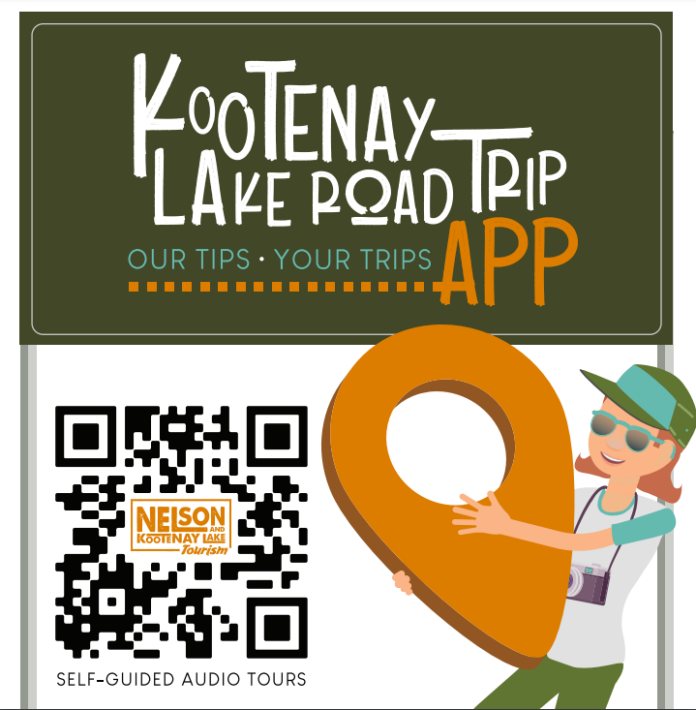 A new app offers a different way to experience the natural and human history of Kootenay Lake.

Executive director Dianna Ducs says thanks to GPS, you can start wherever you want along the route and learn about more than 100 points of interest.

“Plug it into your car, turn up the volume and it will educate you about the area, about the history, the land, the lake, the First Nations, amenities, arts and culture attractions along the way,” she says.

Ducs says the tour does not feature businesses at the moment, although that may come later. For the moment, it is focused on history and the environment. Longtime local journalist/broadcaster Darren Davidson is your aural tour guide.

Ducs says the idea for such an app came from others she saw on her own travels. After discussing it with her board, they conducted a study with partners and visitors, who almost unanimously said it was something they would want to download and experience. Ducs says she does not know of a similar app anywhere else in BC.

In addition to the driving tour, you can download a tour of Nelson’s murals. Ducs says they worked with the Nelson and District Arts Council to write a script for each of the city’s 50 or so murals. You can walk around Nelson and receive a notification on your phone when you’re near a mural. You can then go over to it and play the associated audio, which might contain information about the artist or their experience painting it.

Ducs says they hope to enhance the app by adding further tours, including Nelson and Kaslo-specific walking tours.

Downloading the app over the next few months also gives you a chance to win prizes from local artists and shops through June. In July and August, sending a photo or video of yourself experiencing either tour will earn you entry to win a grand prize from local tourism businesses.