Indigenous and non-Indigenous communities came together in Nelson today to heal as one in a ceremony that celebrated a ruling by the Supreme Court of Canada that upheld the right of Sinixt people to hunt on their traditional territory in Canada.

The ceremony at Lakeside Park was filled with emotion as people delivered speeches that focused on their individual healing.

“Reservations and reserves are the creation of the Canadian and American colonial system,” said Clarence Louie, a spokesperson at the ceremony. “We’re trying to decolonize ourselves all the time, and part of that is what’s happening here today. The white man’s border is not our border and it should not define us.”

He said he expects more court cases will be fought.

Cheryl Priest likened the celebration to a cleanse. “Everything gets out of my system, all the negative goes away,” she said.

“This is a new beginning for me as a Native American Indian from Washington state. I have four children and four grandchildren, and I want them to know it’s all right to come out and dance and be yourself and do something that’s going to make your heart happy.”

The Sinixt First Nation fought the government in court for 11 years after Rick Desautel, a Sinixt man from Washington state, shot an elk on their traditional territory in Canada and was charged with hunting without a license.

After several lower court rulings in their favour, the Supreme Court of Canada ruled on April 23, 2021 that Sinixt are aboriginal people and protected by the constitution when it comes to hunting on their own land.

The ceremony was part of a day of activities that also includes the unveiling of a mural by a Sinixt artist, a community dinner, a concert at the Capitol Theatre, and the premiere of a film by a Sinixt filmmaker. 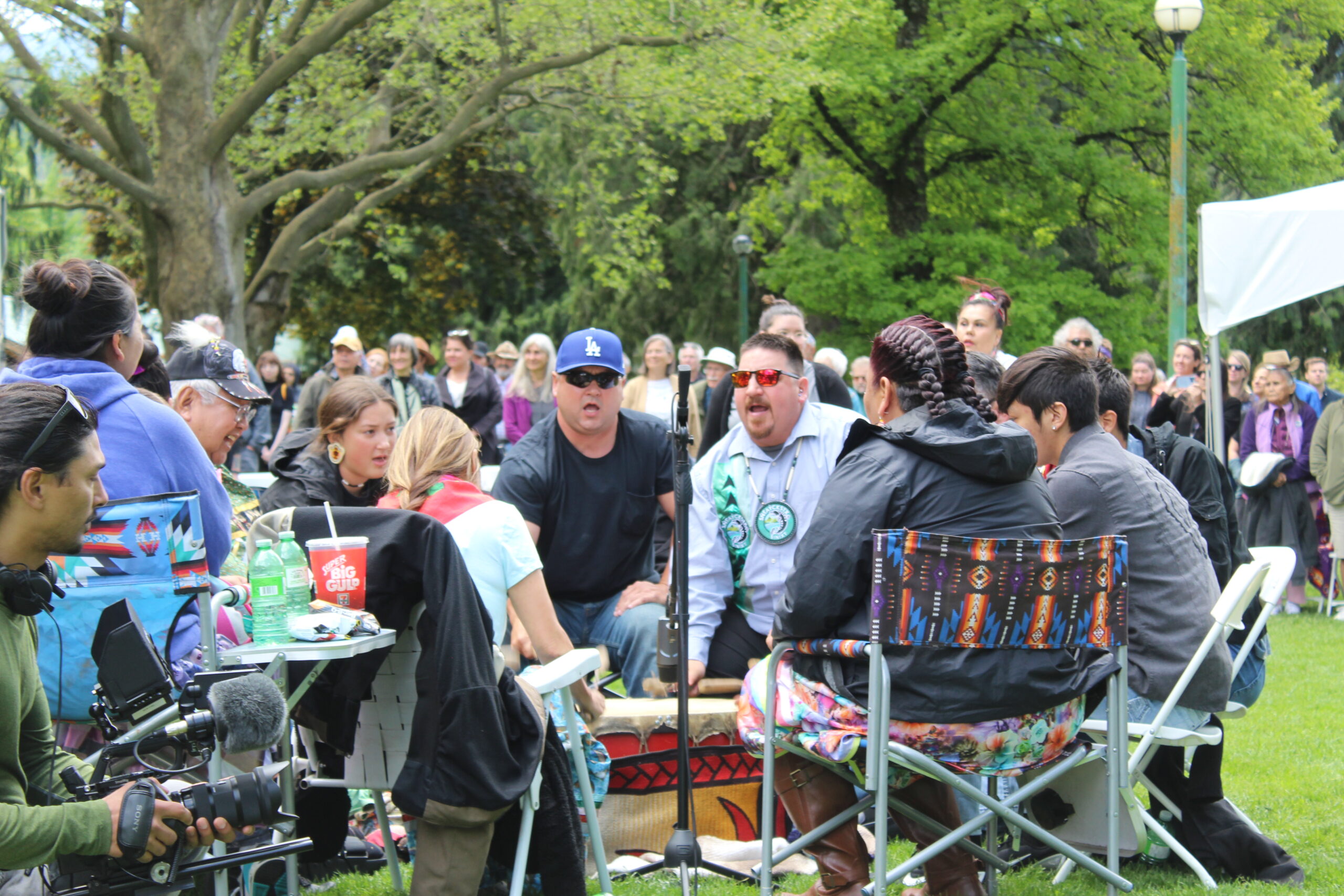 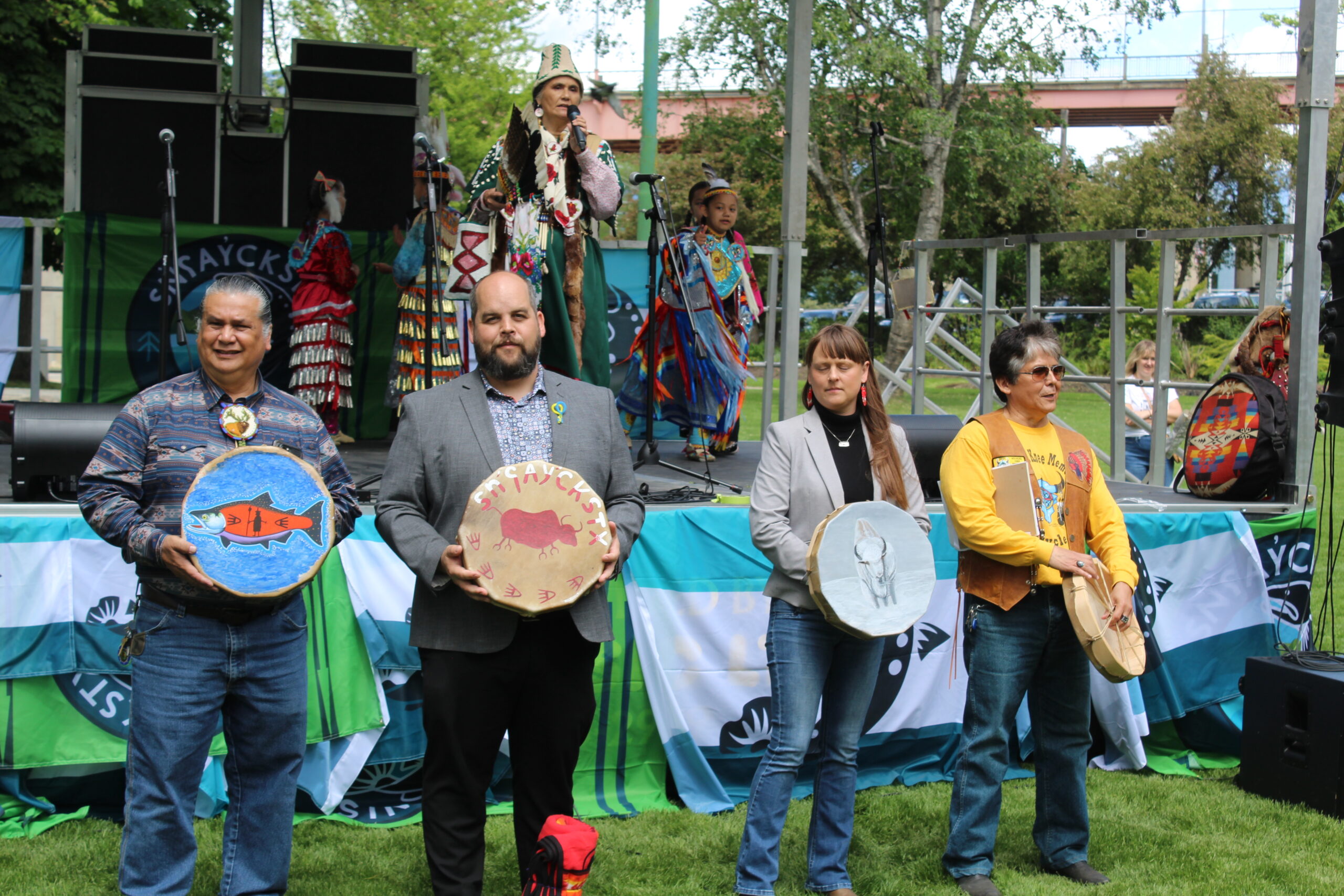