The Regional District of Central Kootenay has cancelled an evacuation alert for 25 properties along the Lardeau River.

It was issued Monday evening south from Poplar Creek to the confluence of the Lardeau and Duncan rivers due to the risk of flooding.

At the time, the RDCK noted the potential for heavy rain and thundershowers across the region.

However, they say that after consulting with the BC Water Stewardship branch, it was determined the river peaked last night just above a five-year return period.

“Thankfully the 100-year flood event did not happen over night and we are able to rescind the alert,” regional fire chief Nora Hannon said in a news release.

“However, due to the potential for more rain in the forecast and still a significant amount of snow pack, it is imperative for residents to be prepared and stay informed by monitoring local weather and current stream flows.”

A high streamflow advisory remains in effect for the entire West Kootenay. The RDCK says given the potential for unstable weather patterns over the next few days, plus increased snowmelt from a record setting snow pack, residents in the area need to remain vigilant and prepared.

The full list of properties that was covered by the alert is as follows:

The maps below show details of the Marblehead and Poplar Creek properties on evacuation alert. 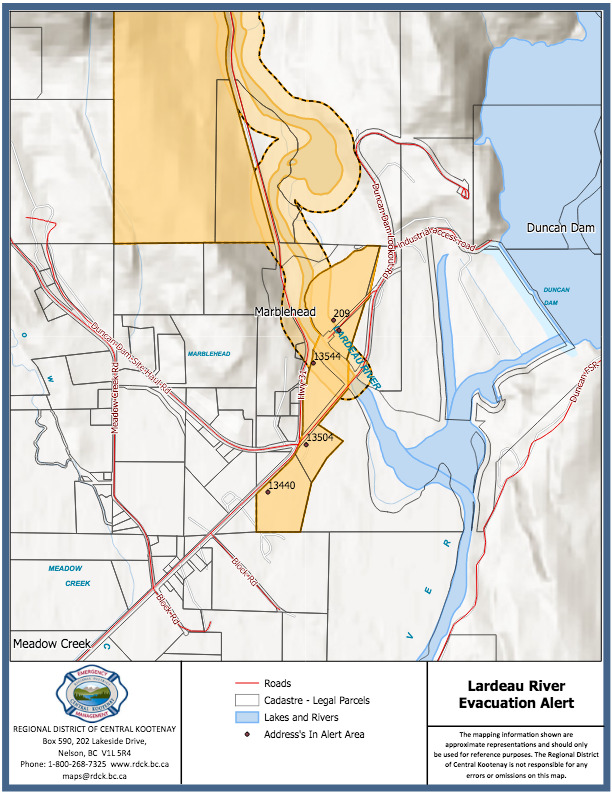 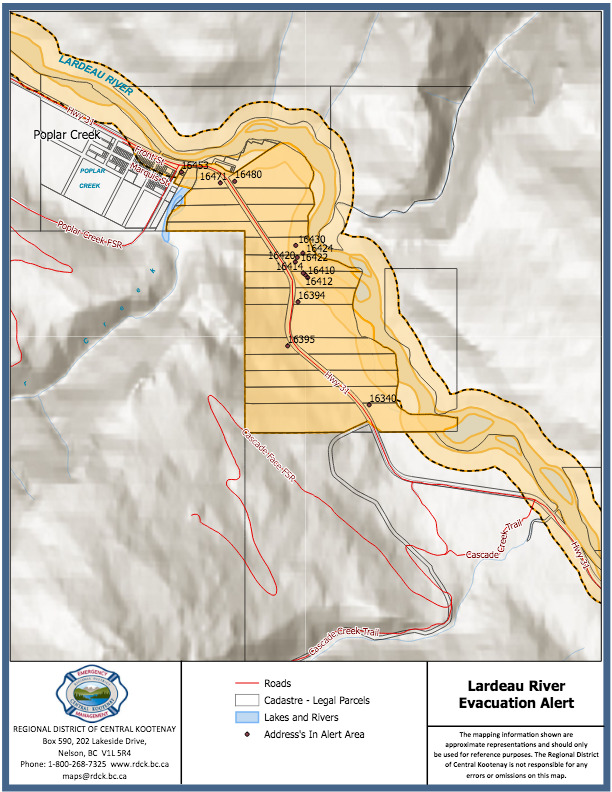