Avoiding possible demolition, a New Denver building from the internment era has been moved as part of plans to turn it into seasonal accommodation for the village’s campground attendant.

The House of Joyful Tidings was one of about 250 huts and other buildings constructed in 1942 for interned Japanese Canadians, explains Phil Whitfield of the Friends of the Orchard.

After the Second World War, and under the auspices of the United Church, it became a meeting place for residents of the Orchard neighbourhood, where the camp stood. It kept that function into the 1970s.

“A lot of people who have been around for some time remember this as a community meeting place representing the emerging of various cultures that occurred because of the Japanese infusion and the sharing of the community experience,” Whitfield says.

“We felt this place had some significance because it represented New Denver’s diverse background of cultures coming together.”

However, the building has long been vacant, and by 2010 or 2011, its ownership defaulted to the village for unpaid taxes. Someone else bought it in a tax sale, and the new owner wanted to build on the lot, putting the building’s future in doubt.

“We wanted to see it saved, but it couldn’t stay where it was,” Whitfield says.

His group explored various options for adaptive re-use, where the building could serve some purpose rather than just being a monument. They suggested it could be moved to the Kohan Garden to become a meeting place and storage building. They also looked at setting it up as a green room adjacent to the proposed open-air stage at Centennial Park. Or it could have become a mini-museum.

Village council was not enamored with any of those suggestions, but staff had another idea. They wanted to provide a place for the campground operator to stay, who until now has had to provide their own trailer, which took up a spot that would otherwise be available for tourists.

In October, a partnership was reached: the village would look after renovating the interior if Whitfield’s group would take care of moving the building and restoring the exterior.

Whitfield says all the remaining huts have “survived amazingly” considering they are now 80 years old. The House of Joyful Tidings’ floor, walls, and roof are in good shape, the frame is solid, and it is covered in shakes that probably date to the 1950s.

“So we think it shouldn’t be too difficult to take the exterior and put it back more or less as it was,” he says.

“We’ve got the original sign that said House of Joyful Tidings. It found its way into the collection at the Nikkei Internment Memorial Centre. That was very fortunate.”

He says their aim is to restore the building’s appearance to match a 1957 photo that shows a church group gathered on its porch.

Last month the building was moved to the marina parking lot, where it will be stored until funding is secured to complete the project. Whitfield’s group has two years under a temporary building permit to raise the necessary funds to adapt the building for its new use.

Whitfield says the huts were designed to be moveable, so they don’t foresee any problems with relocating it a second time to the campground entrance, where it can double as an office. He says they hope to create interpretive signs so visitors can learn about its significance.

The House of Joyful Tidings is one of about 50 surviving buildings from the internment era in New Denver, some now incorporated into the Nikkei Interment Memorial Centre. Whitfield’s group has developed a walking tour brochure identifying their locations. Many are still being lived in.

“Some of us have taken the old internment huts and modernized them,” he says. “You can still see elements of the original in terms of the footprint, size, or construction. Some even have old doors or windows.

“We’re trying to maintain this character for the Orchard but recognize we can’t freeze frame it. It’s got to evolve. We have can have this continuity where you still can see elements of the scale and character of the original.” 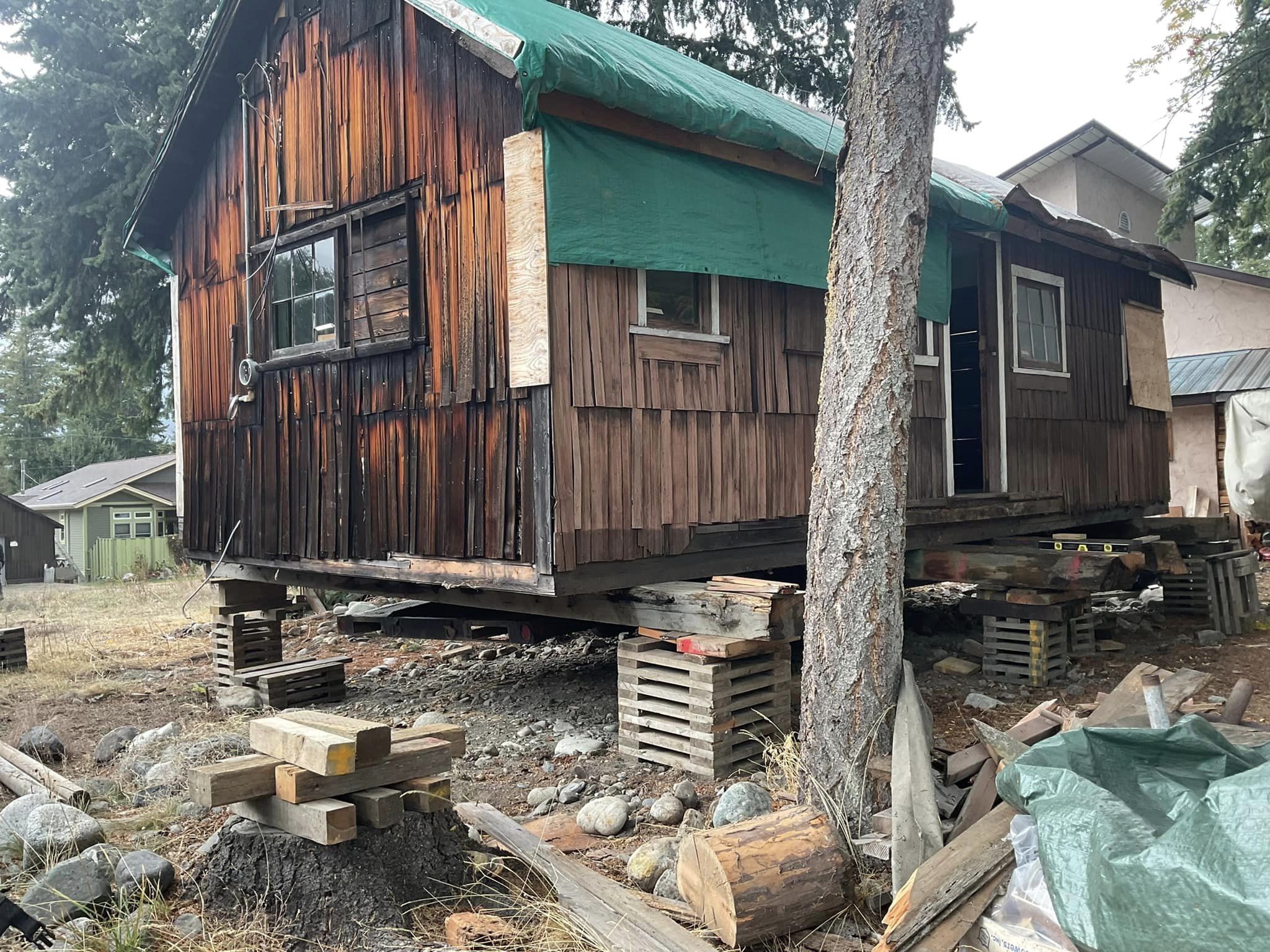