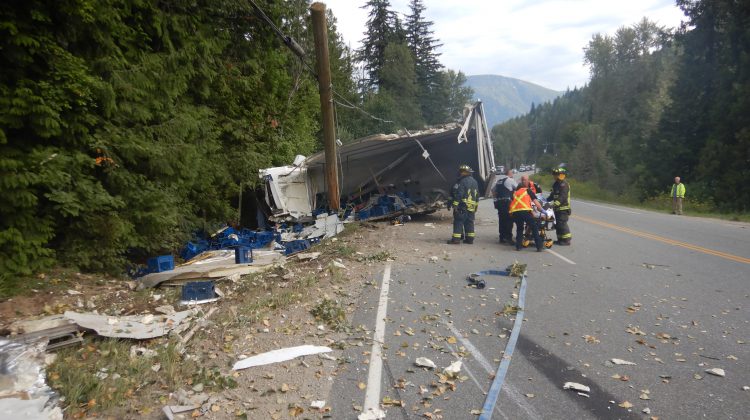 The milk truck, traveling on highway 6 tipped over and crashed down into the ditch.
A telephone pole, as well as another vehicle, were damaged by the truck after it lost control.
Emergency crews were dispatched to the scene and were forced to cut the driver out of the wreck.
He was later transported to the hospital with B.C Ambulance.

The extent of his injuries remains unknown, although Nelson Fire Rescue says he was conscious during the effort.