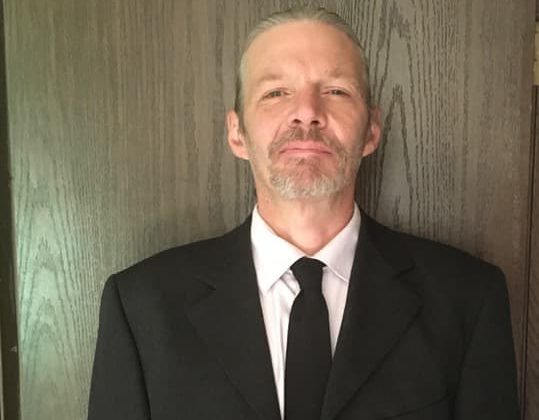 Terry Tiessen, the BC Libertarian Party candidate for the Nelson-Creston riding has described himself as a “walking cause.”

“Early into Greenpeace, early into West Coast Canada Wilderness, the Gitxsan, Wet’suwet’en land claims, I was there. I was fighting for everything, for everybody’s rights,” Tiessen told MyNelsonNow.com. “I reached a point where I had to stop being against things and start living for things. It’s my character to want to help improve the lives of everyone around me.”

The father of three based out of Six Mile said he is running in the B.C. snap election to offer a vastly different alternative to B.C.’s big three.

“One of our biggest things that [the BC Libertarian Party] have been battling forever is to get free-market economics happening,” said Tiessen. “End ICBC. We need to give that monopoly a chance to end so that we can have more competition. Keep them honest, keep the prices fair, keep the service quality up. Which is what a free market does. We’ve described ourselves as monopoly busters.”

Tiessen said he wouldn’t stop with ICBC. His eyes are also set on breaking up the B.C Liquor Distribution Branch, as well as the Passenger Transportation Board to allow more ride-share services like Uber and Lyft.

Having already run in the 2019 federal election under the Libertarian banner, Tiessen said his party holds the same principles at any level of government.

“Strengthening individual rights, strengthening our property rights, our privacy rights. Especially with this odd occasion of this COVID-19 thing where the urge for someone or the parties in power to implement draconian efforts to control this, our freedoms are not something that’s on the table,” said Tiessen.

As for how the B.C Government handled the pandemic, he shared both his views and those of his party.

“We personally believe it was an overreaction,” said Tiessen. “Everything is indicating that this is a virus that has a 99.98 survival rate and that we did not need to crash the economy. We did not need to force people to close their businesses. Whether it’s the right thing to do, to wear a mask or not, it is wrong for the government to mandate that of its people.”

As far as taxes go, it is no surprise that Tiessen and his party are for BC Liberal Party Leader Andrew Wilkinson’s proposal to remove the 7% PST for one year. However, he said it should be permanent and even more taxes should be removed including those for liquor, tobacco and gas.

On how B.C residents will manage without tax-funded services and social programs like healthcare, Tiessen said privatization will make it more affordable for those who can pay.

“There are 65,000 private surgeries done with good time and excellent quality,” claimed Tiessen. “To have a bed in our healthcare system costs $1,200 a night per bed. Whereas there are private facilities that can do the same or better service at $300 a day.”

More on the BC Libertarian Party’s platform including, reforming social assistance, education and free speech in the age of “cancel culture”, visit Libertarian.bc.ca.